Trump Reacts to Facebook’s Decision to Uphold Suspension: ‘The People of Our Country Will Not Stand for It!’ 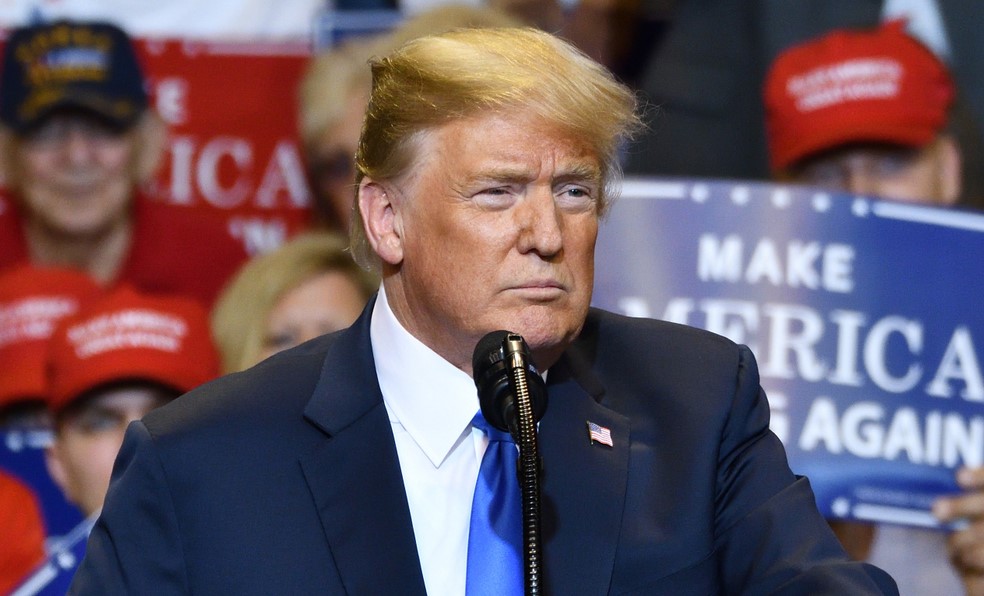 In the aftermath of Facebook’s decision to uphold his suspension, Donald Trump lashed out at Big Tech giants that colluded to keep him from speaking to the American people on their platforms.

“What Facebook, Twitter, and Google have done is a total disgrace and an embarrassment to our Country,” Trump wrote on his new digital platform.

Although Facebook upheld Donald Trump’s suspension, the board called an indefinite suspension “inappropriate,” and directed Facebook to come up with a more “proportionate response.” Facebook argued that Trump “created an environment where a serious risk of violence was possible,” although there is no evidence that anything Trump said sparked violence for the pre-planned siege of the Capitol building.

It is a constitutional right of any political candidate to contest an election; indeed, the Democratic Party had taken advantage of that process in 2001, 2005 and 2017. Democrats’ dispute of the legitimacy of Trump’s election provoked riots in Washington D.C. and elsewhere on his Inauguration Day. “Not my president!” became the anthem for the Trump “resistance.”

Furthermore, Donald Trump was acquitted at his senate impeachment trial, no “incitement” was ever proven in the Congress or in a court of law, and the Democratic Party had decided on an “incitement” narrative in its contingency plan to “fortify” the election months before the events of January 6th. Now, it has recently come out that a communications firm tied to the Biden campaign, the state of California, and Big Tech giants appears to have conspired to censor Trump for political reasons.

Meanwhile, Twitter is keeping Trump’s suspension in place permanently. The social media platform has been on a spree of banning and suppressing conservative voices beginning with the 2020 election.

Thus far, only Florida Governor Ron DeSantis appears to be seriously fighting back against Big Tech interference in U.S. elections. The Sunshine State is poised to pass a bill that would fine social media platforms for engaging in partisan censorship during elections.

“DeSantis’s state is on the verge of passing a bill he proposed that would fine social media companies for ‘willfully deplatforming’ political candidates,” Vanity Fair reported. “The bill, which passed the House and Senate last week and which DeSantis—who is seen as a 2024 presidential contender—is expected to sign, would dole out penalties of $250,000 a day for statewide candidates, and $25,000 a day for other candidates.”

The lack of a political groundswell of support for such action against tech corporations, outside of standouts like Governor DeSantis and Missouri Rep. Josh Hawley, belies that these companies know how to lobby Congressmembers to abandon their duties to the American people.

More Republican politicians need to recognize their political fates hinge on reigning in Big Tech oligarchs and ensuring there is meaningul election integrity in the 2022 mid-terms and in the 2024 election. If not, the GOP is finished as a political party. Donald Trump is doing his best to wake up the Grand Old Party before the party’s over.

“The People of our Country will not stand for it!” Trump also said Wednesday. “These corrupt social media companies must pay a political price, and must never again be allowed to destroy and decimate our Electoral Process.”