Trump Wins CPAC Straw Poll in a Blowout, But the Real Laugher is Mike Pence’s Support

Donald Trump won the CPAC straw poll for the hypothetical 2024 election, but the real story is how far former vice president Mike Pence has fallen in support.

The 45th president took the straw poll by a whopping 49 points. Florida governor Ron DeSantis came in second place with 21%. And it was just downhill for Republican hopefuls from there. 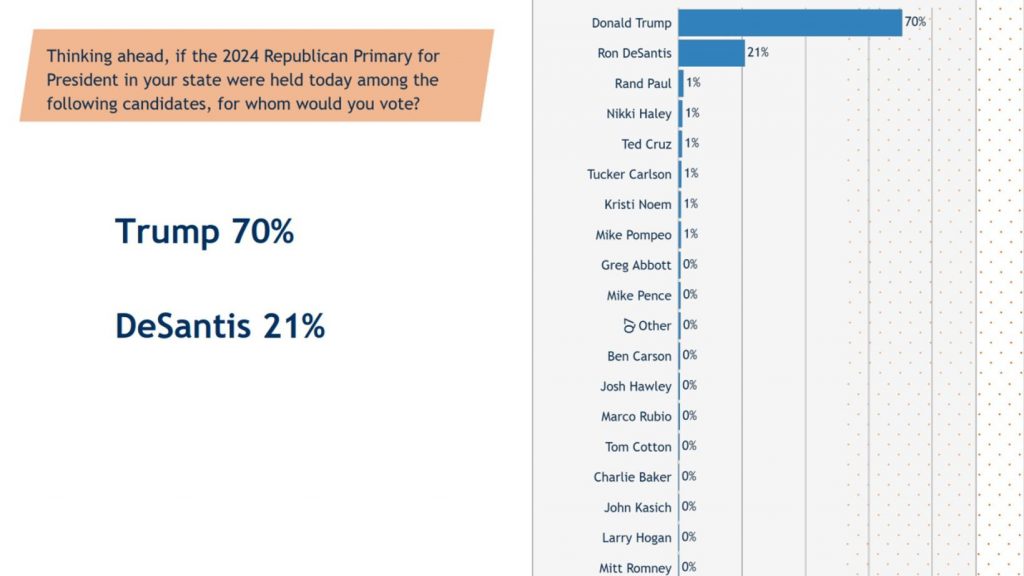 The CPAC straw poll’s results are quite the turnaround for Trump from the Western Conservative Summit in June. Here were the results of that poll:

A CPAC straw poll conducted earlier this year pitted the candidates head-to-head. Donald Trump came out on top as 55% of respondents said that they would vote for the former president, followed by 21% for DeSantis, and 4% for South Dakota Governor Kristi Noem.

The 45th president has increased his support among the CPAC faithful after a string of strong public appearances, including rallies in Ohio and Florida, as well as a drop-in at UFC that drew chants of ‘USA! USA!’

As much as the political establishment would like Donald Trump to go away, it looks like he is as popular as ever among the conservative base. It has to be a surprise to those who are trying to be rid of Trump, that he continues to be a survivor no matter how much they attack him.