While Twitter was cracking down on medical experts who defied the manufactured “consensus” on the Covid response, it was allowing fake accounts spreading Covid misinformation to flourish.

The San Francisco Standard uncovered how some of these viral influencers were clearly fake accounts. One such example was an account called “Dr. Robert Honeyman.” 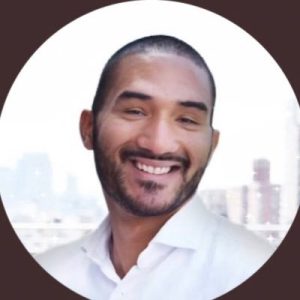 Honeyman used “they/them” pronouns, and claimed to have lost a sister to COVID in November 2022. That tweet racked up over 43,000 likes and 4,000 retweets.

The profile photo associated with “Honeyman’s” account was a stock photo, Miller notes. 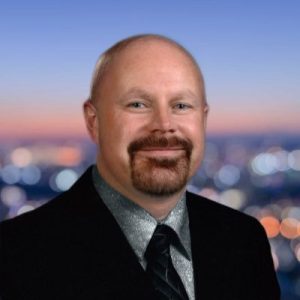 According to the Standard, the supposed husband, Patrick Honeyman, was a photo of an insurance professional who lives in Wayne, Indiana.

The Standard reported that they gained influence with Woke virtue-signaling.

“The two fake doctors, whose accounts urged extreme caution about Covid-19, were part of a network of at least four fake accounts that touted their ties to the LGBTQ+ community, vocally advocated for mask-wearing and social distancing, and dished out criticism to those they felt were not taking the pandemic seriously.”

Dr. Gerold Fischer, another one of the fake accounts, “displayed rainbow, trans and Ukrainian flags next to his name and described himself as ‘an ally for all in the #LGBQT+ Community. #WearAMask,’” the report added.

Dr. Steve “Ste” Ville, a fourth account, claimed affiliation with the University of Antwerp and described himself as an “LGBTQ+ Ally” and a “Proud Mask Wearer.”

These fake accounts were able to burrow within Woke culture and then spread Covid misinformation by preying upon the left’s craving for confirmation bias.

“Doctors” were scared of the virus, believed in the correct pandemic principles, and were part of the LGBTQ+ Community. Oh, and they supported Ukraine.

Ian Miller, a journalist who has worked tirelessly to debunk false claims that “masks work” to stop the spread of Covid-19, recently reported on the issue.

The fake accounts were originally uncovered by Joshua Gutterman Tranen, a self-described “gay writer” pursuing a master’s of fine arts at Bennington College, the Standard reported. 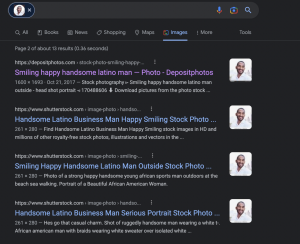 Gutterman Tranen posted a thread on the Honeymans, which uncovered improbably vocal support for Chinese lockdowns.

“Come on china! Stop protesting, I wish we had similar lockdown measures here,” Robert Honeyman wrote in a Nov. 27 tweet.

While Twitter allowed such fake accounts to flourish on the platform, it was actively censoring and suppressing Covid experts that defied the manufactured “consensus” out of Washington.

The Twitter Files released in late December show that Harvard epidemiologist Martin Kulldorff was targeted by Twitter for suppression.

When asked if younger people who had already been exposed to the SARS-CoV-2 virus needed to be vaccinated, Dr. Kulldorff replied, “No. Thinking that everyone must be vaccinated is as scientifically flawed as thinking that nobody should. Covid vaccines are important for older high-risk people, and their care-takers. Those with prior natural infection do no need it. Nor children.”

As journalist David Zweig of “The Atlantic” and other publications noted, this drew the attention of Twitter moderators.

“But Kulldorff’s statement was an expert’s opinion—one which also happened to be in line with vaccine policies in numerous other countries,” he continued. “Yet it was deemed ‘false information’ by Twitter moderators merely because it differed from CDC guidelines.”

“After Twitter took action, Kulldorff’s tweet was slapped with a ‘Misleading’ label and all replies and likes were shut off, throttling the tweet’s ability to be seen and shared by many people, the ostensible core function of the platform.”

TAKE ADVANTAGE OF THESE GREAT DEALS FROM MYPILLOW!

Twitter’s manufacturing of a’Covid consensus’ by allowing fake accounts pushing misinformation to flourish, while suppressing experts who held scientifically valid positions, goes beyond editorial malpractice. It did immense damage to the medical profession by undermining the scientific method and the public policy process.

America has always stood as the proof that open debate in a free society will always ultimately lead to the best outcomes. Big Tech censorship is not only a threat to its users, it is an attack on America itself.

Adam Schiff, Eric Swalwell and Ilhan Omar Have a Major Reason to Sweat the Election of Speaker McCarthy