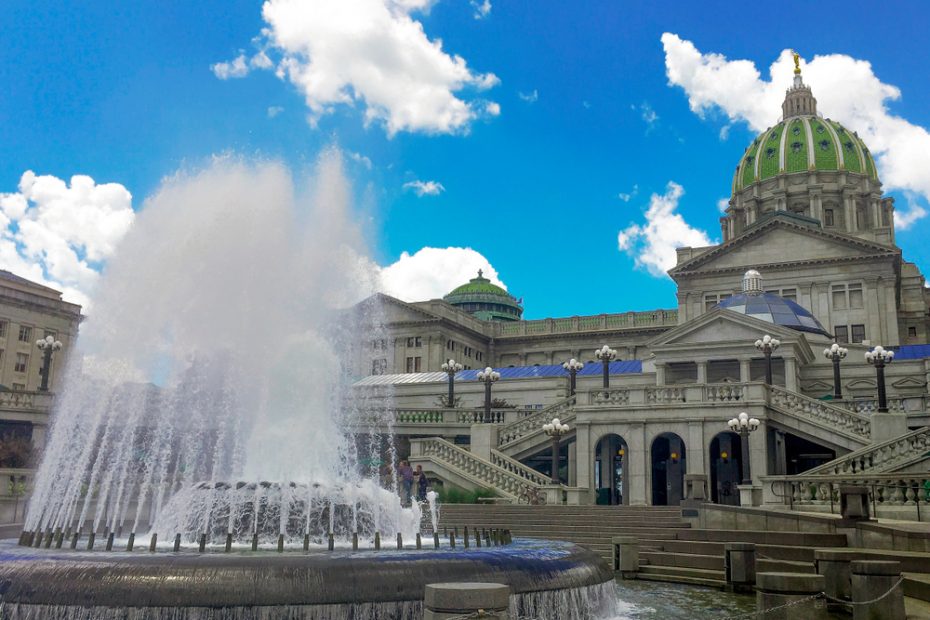 The Supreme Court has once again dealt a blow to Pennsylvania’s mail-in ballot laws.

“The U.S. Supreme Court on Tuesday sided with an unsuccessful Republican candidate for a judgeship in Pennsylvania and threw out a lower court’s ruling that had allowed the counting of mail-in ballots in the race that he had sought to exclude because voters neglected to write the date on them,” Reuters reported.

“The justices vacated the ruling by the Philadelphia-based 3rd U.S. Circuit Court of Appeals as requested by David Ritter, who lost his 2021 bid for a spot on the Lehigh County Court of Common Pleas to a Democratic rival by five votes after 257 absentee ballots without date notations were counted,” the report continued.

“The high court’s action means that the 3rd Circuit ruling cannot be used as a precedent in the three states covered by this regional federal appellate court – Pennsylvania, New Jersey and Delaware – to allow the counting of ballots with minor flaws such as the voter failing to fill in the date,” the report added. “Vacating the ruling does not change Ritter’s loss in his race.”

“In October 2019, Act 77 was signed into law by Democratic Gov. Tom Wolf with support from both parties,” the report added. “The law, described by PennLive ‘as the most significant change to Pennsylvania’s election laws in more than 80 years,’ greatly expands mail-in voting by allowing a citizen to vote by mail without an excuse. It also allocated $90 million to buy new voting machines and ended straight party voting, forcing Pennsylvanians to actively vote for each candidate on the ballot, rather than make one mark to vote for all candidates of a specified party.”

The court victory “may spur people to take a harder look at their own state, how they enacted the laws, so forth,” attorney and former CIA officer Sam Faddis told Just the News. “At a minimum, it’s a massive psychological boost.” He added that part of Biden’s large share of Pennsylvania votes is “unfortunately fraud.”

“That’s one of the clear reasons the Democratic party has always pushed mail-in voting, is to get those folks who won’t bother to vote,” he told Just the News. “Because even if you hated Trump, nobody was really psyched about Joe Biden. I mean, it’s very hard, very hard to get motivated about him.”

“In exchange for Democratic support for ending straight party voting, the Republican establishment gave the Democrats mail-in voting” in Pennsylvania, Faddis wrote in AND Magazine.

Around 10,000 ballots arrived after the election deadline. Biden’s margin of victory in the Pennsylvania election was approximately 80,000 votes.

But Pennsylvania’s unconstitutional mail-in ballot changes led to millions of ballots flooding into election offices during the 2020 election. According to the Associated Press, “more than 3 million Pennsylvania voters requested vote-by-mail ballots.”

Nearly three times as many Democrats as Republicans reportedly cast mail-in ballots during the 2020 election.

Texas Attorney General Ken Paxton filed a lawsuit in December petitioning the Supreme Court to hear a case that the critical swing states of Georgia, Michigan, Pennsylvania and Wisconsin made unconstitutional changes to their election laws. In Pennsylvania’s case, at a minimum, that has proven to be a justifiable argument.

“The four states exploited the COVID-19 pandemic to justify ignoring federal and state election laws and unlawfully enacting last-minute changes, thus skewing the results of the 2020 General Election,” the Texas AG argued. “The battleground states flooded their people with unlawful ballot applications and ballots while ignoring statutory requirements as to how they were received, evaluated and counted.”

Paxton also argued that numerous election decisions were made unconstitutionally in these states, because they were made by state and local officials, and not by state legislatures.

“Elections for federal office must comport with federal constitutional standards,” Paxton argued. “For presidential elections, each state must appoint its electors to the electoral college in a manner that complies with the Constitution. The Electors Clause requirement that only state legislatures may set the rules governing the appointment of electors and elections and cannot be delegated to local officials. The majority of the rushed decisions, made by local officials, were not approved by the state legislatures, thereby circumventing the Constitution.”

On Friday, Delaware became the latest state to strike down the no-excuse mail-in ballots as unconstitutional.

“In a unanimous decision, the Supreme Court of Delaware has ruled the state’s mail-in voting and same-day voter registration statutes unconstitutional,” Delaware Live reported. “Neither will be allowed in the Nov. 8 general election.”