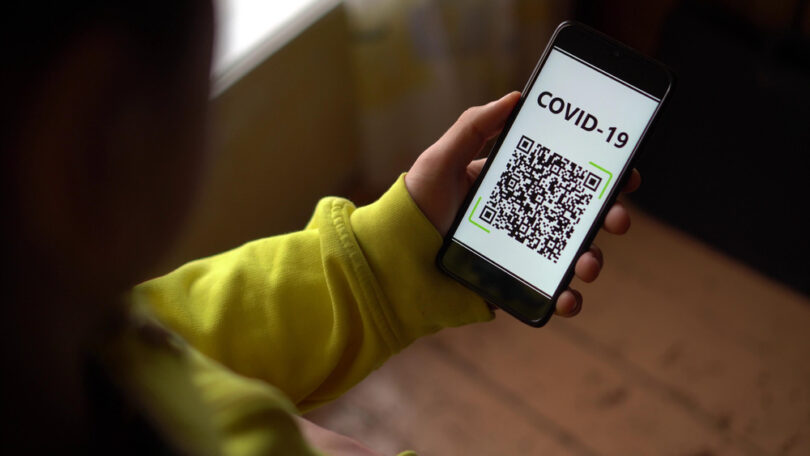 Colorado State University is threatening students with arrest for ‘trespassing’ if they decline to show their vaccination papers to the health police. The university’s threatening emails were documented at the Epoch Times.

“On Sept. 27, the university’s Student Conduct Services began sending out letters to 1,325 students who had not yet provided information about their vaccine status or claimed an exemption,” the Times reported.

“A Sept. 30 letter to one student, sent electronically, stated that non-compliant students on campus property were trespassing and could be cited, or arrested,” the report added. “The letter said non-compliance ‘poses a threat to the safety and well-being of the university community’.”

“Effective immediately, you are trespassed from all University property until May 14, 2022,” the letter said.

“This means you are not permitted to be on any university property or in any university buildings, this includes—but is not limited to—residence halls, university apartments, dining halls, in-person classes,” or other campus facilities.

“If you are found on university property, or in any university building, you may be cited, or arrested, for trespassing and face further disciplinary action,” the letter warned.

The letter was signed by Michael Katz, Director of the Student Resolution Center, on university letterhead, the report noted.  The university claims that there may be exemptions, although this has been a constant refrain among organizations that subsequently deny nearly all exemptions.

“The message did not indicate that students were required to be vaccinated or they would face consequences; the university has consistently said that students or employees could declare an exemption and that has not changed,” CSU said.

CSU claims that the university threatening students with arrest is “a misrepresentation of the university’s communication to students.” Unfortunately for the college, some members of the American public are more literate than left-wing college grads and know how to read and interpret plain English.

The CDC has admitted that vaccines do not stop the spread of the virus. It is debatable how much they even impede transmission, since the viral loads between the vaccinated and unvaccinated have been found to be similar. In fact, the vaccinated may have a significant spread rate because they will tend to be asymptomatic and thus will engage in riskier behavior.

Young healthy adults are at miniscule risk from Covid-19. The Covid survival rate for Americans under the age of 50 is 99.987%.