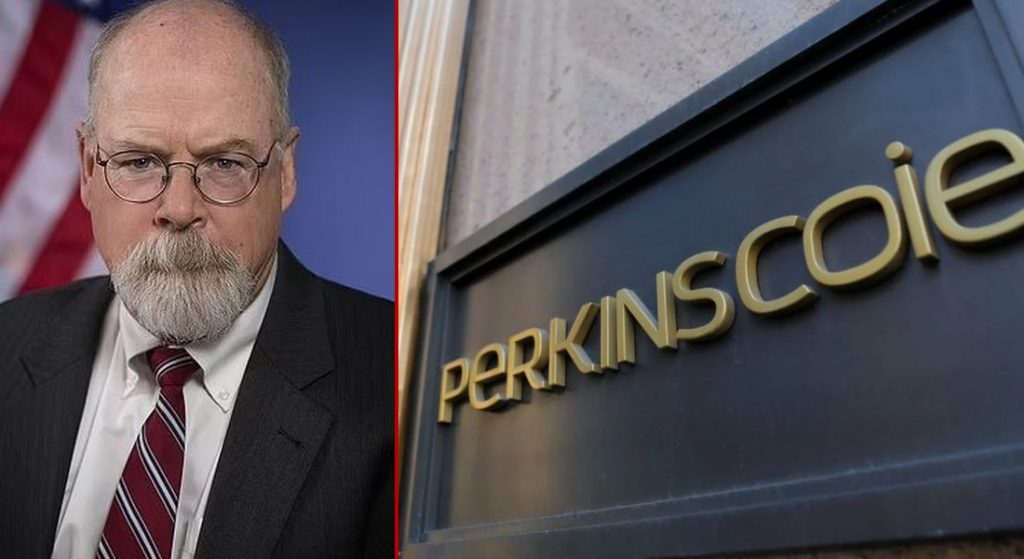 A federal grand jury has issued an indictment for attorney Michael Sussman, whose law firm Perkins Coie played a pivotal role in propagating the Trump-Russia collusion hoax prior to the 2016 election.

The indictment was also reported by CBS’ Cahterine Herridge.

#Durham NEW: Indictment “..on Sept. 19, 2016, Sussman, a lawyer at a large international law firm, met with the FBI General Counsel at FBI HQ… Sussman had requested the meeting to provide the GC with certain data files + “white papers” that allegedly demonstrated a covert… pic.twitter.com/wrQ42tCOes

The federal grand jury indictment document can be read below:

Earlier on Thursday, special counsel John Durham told the Justice Department that he will be seeking an indictment against the Clinton-connected lawyer for the charge of making a false statement to the F.B.I., as the New York Times reported.

“Any indictment of the lawyer — Michael Sussmann, a former federal prosecutor and now a partner at the Perkins Coie law firm, and who represented the Democratic National Committee on issues related to Russia’s 2016 hacking of its servers — is likely to attract significant political attention,” the Times noted.

“Donald J. Trump and his supporters have long accused Democrats and Perkins Coie — whose political law group, a division separate from Mr. Sussmann’s, represented the party and the Hillary Clinton campaign — of seeking to stoke unfair suspicions about Mr. Trump’s purported ties to Russia,” the Times dishonestly reported.

Sussmann is a partner at the Perkins Coie law firm that represented the Clinton campaign and the Democratic National Committee. The law firm is responsible for hiring Fusion GPS, which led the effort to compile anti-Trump opposition research in the Steele dossier. The Steele dossier is a discredited piece of uncorroborated and salacious opposition research that was nonetheless used to file illegal FISA warrants to spy on the Trump campaign.

“The case against Mr. Sussmann centers on the question of who his client was when he conveyed certain suspicions about Mr. Trump and Russia to the F.B.I. in September 2016,” the Times continued. “Among other things, investigators have examined whether Mr. Sussmann was secretly working for the Clinton campaign — which he denies.”

While Sussman is likely to be indicted, the Times reported, his attorneys are professing his innocence.

“Mr. Sussmann has committed no crime,” they said. “Any prosecution here would be baseless, unprecedented and an unwarranted deviation from the apolitical and principled way in which the Department of Justice is supposed to do its work. We are confident that if Mr. Sussmann is charged, he will prevail at trial and vindicate his good name.”

Although Attorney General Merrick Garland could block Durham’s prosecutorial request, the Times’ sources indicated that is unlikely. Indeed, it appears that Sussmann will now have to defend his actions in federal court.