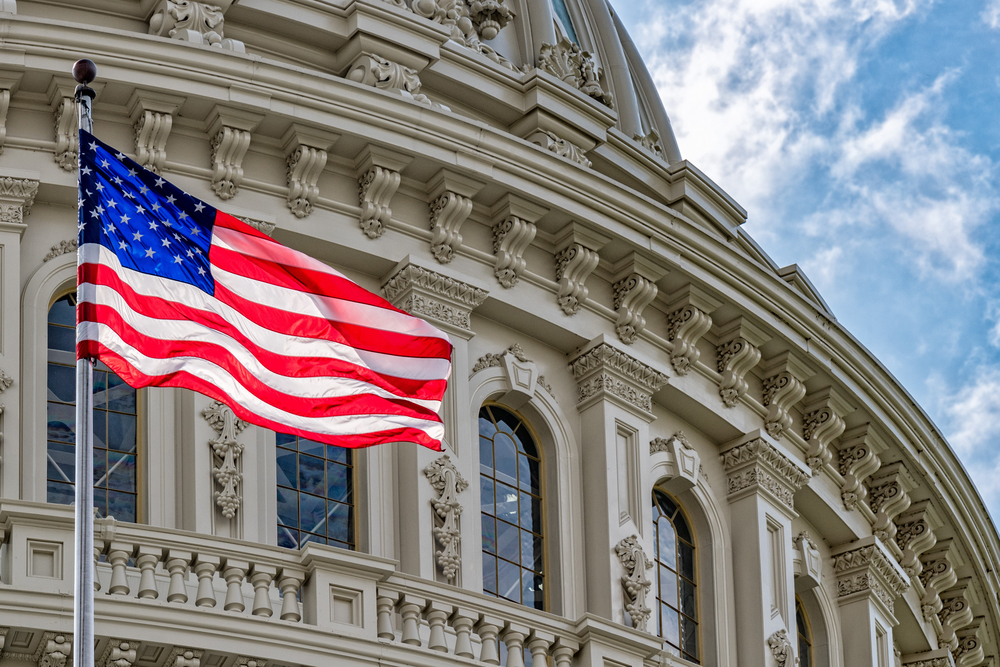 The Occupational Safety and Health Administration (OSHA) finally got around to issuing its federal vaccine mandate regulation on Thursday and it will be deploying a national policing force to ensure compliance. The fines for non-compliance are hefty: ‘Penalties for noncompliance can range from $13,653 per serious violation to $136,532 if a company willfully violates the rules.’

Rep. Mo Brooks (R-AL) told the Daily Caller on Thursday that he is introducing legislation that would block the use of federal funds for enforcement of the unlawful federal vaccine mandates.

“The bill, reviewed exclusively by the Daily Caller, is only one sentence long,” the Daily Caller noted. “The Senate voted down a similar amendment when Republicans tried to attach it to a bill providing funding for the federal government.”

“Brooks’ bill goes further, however, banning the use of federal funds to enforce any vaccine mandate,” the report noted. “Federal employees, most notably military personnel, are required to receive certain vaccinations against various infectious diseases, including chickenpox, influenza, measles, mumps and rubella.”

“The time for action is now, and the American people deserve to know who is willing to stand with them to defend our constitution, our freedoms, and the principles that have combined to make America the greatest nation in world history. Congress needs to be put on record on where they stand on this issue. I refuse to idly sit by as people lose their jobs and America becomes a scene straight out of 1984,” Brooks told the Daily Caller.

The Daily Caller also noted as background that Arizona’s Andy Biggs has introduced a bill prohibiting the federal government from’instituting vaccine mandates for its employees, or for private sector companies,’ shortly after Biden announced the mandate in September. Rep. Brooks’ legislative proposal comes shortly after the OSHA regulation was finally issued on Thursday.

“The Biden administration ordered U.S. companies Thursday to ensure their employees are fully vaccinated or regularly tested for Covid-19 by Jan. 4 — giving them a reprieve over the holidays before the long-awaited and hotly contested mandate takes affect,” CNBC reported.

“The administration on Thursday also pushed back the deadline for federal contractors to comply with a stricter set of vaccine requirements for staff from Dec. 8 to Jan. 4 to match the deadline set for other private companies and health-care providers,” the report added.

“The newly released rules, issued by the Occupational Safety and Health Administration under the Labor Department, apply to businesses with 100 or more employees,” the report noted. “All unvaccinated workers must begin wearing masks by Dec. 5 and provide a negative Covid test on a weekly basis after the January deadline, according to the requirements. Companies are not required to pay for or provide the tests unless they are otherwise required to by state or local laws or in labor union contracts. Anyone who tests positive is prohibited from going into work.”

“Companies also have until Dec. 5 to offer paid time for employees to get vaccinated and paid sick leave for them to recover from any side effects,” the report added.

The Occupational Safety and Health Administration will also be policing workplaces nationwide to ensure compliance with the regulation. At least twenty-four state attorneys general have threatened to sue the Biden administration over the unlawful mandates.

While Rep. Brooks’ legislation may not see the light of day in a House of Representatives run by Speaker Nancy Pelosi (D-CA), the bill gives Americans a glimpse at the kind of laws that Republicans would support if elected to Congressional power in the 2022 mid-terms.