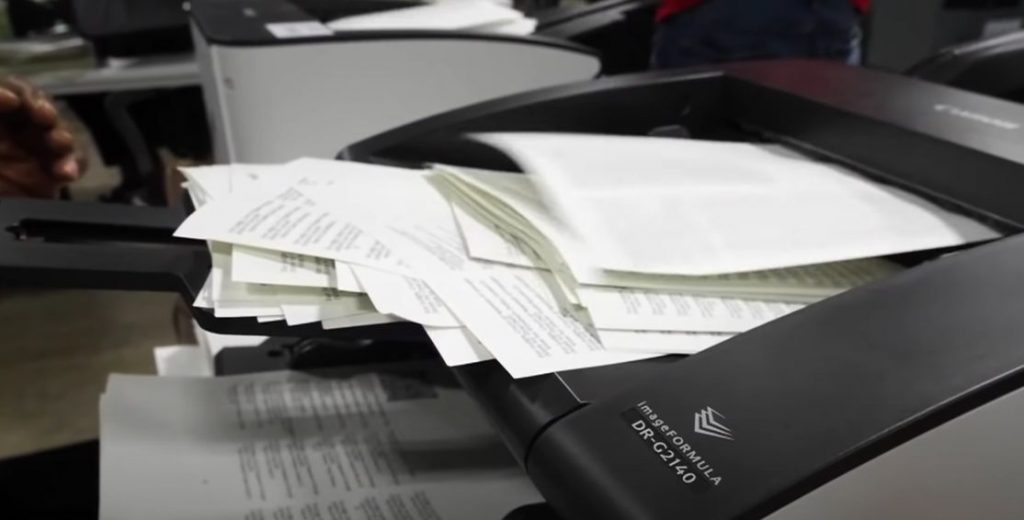 Biden is president. The coast is clear. It is okay to criticize voting machines again.

Behold a recent story about high-powered Democrat attorney Marc Elias, who is targeting an unbelievably tight New York House race that would represent one of the only swing districts in the country where a Republican would lose… but only if Democratic operatives got their way.

Marc Elias, of Perkins Coie fame, is representing the losing Democrat in the race Anthony Brindisi. (You might remember Perkins Coie from the seedy Steele dossier affair.)

The Democrat lawyer contends that the voting machines misread hundreds if not thousands of ballots. Unbelievable.

The legal filing from the court case:

In this case, there is reason to believe that voting tabulation machines misread hundreds if not thousands of valid votes as undervotes, (supra at 4), and that these tabulation machine errors disproportionately affected Brindisi, (id.). In addition, Oswego County admitted in a sworn statement to this Court that its tabulation machines were not tested and calibrated in the days leading up to the November 3, 2020 General Election as required by state law and necessary to ensure that the counts generated by tabulation machines are accurate.

“Applying the same error rate to the more than 325,000 votes cast in the election, Elias claimed that Brindisi may have been robbed of as many as 2,599 votes,” the Daily Caller reported.

“That figure far exceeds the margin between the two candidates in this race, and based on this small sample size at least, appears to disproportionately affect Brindisi,” the Perkins Coie team claimed.

The Republican candidate Claudia Tenney has “softly” declared victory in New York’s 22nd Congressional district over her opponent Anthony Brindisi. She leads by a mere 123 votes.

“Boards of Elections in all eight counties completed their court-ordered canvass yesterday. Republican candidate Claudia Tenney prevailed in that process. It’s time for Anthony Brindisi’s Washington operatives to accept the results and stop playing politics with the integrity of our elections,” Tenney’s spokesperson said in a statement. 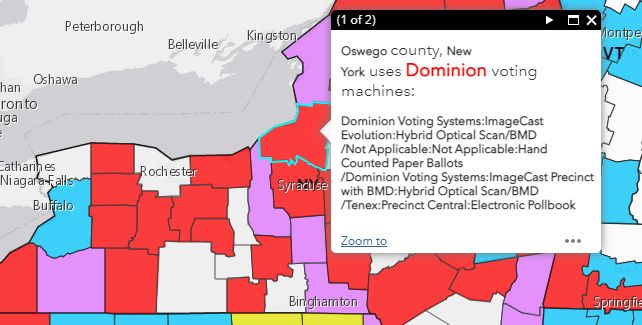 “Dominion did not immediately respond to a request for comment about Elias’s allegations,” the Daily Caller noted.

Elias is also representing defeated Democrat Rita Hart in Iowa’s 1st congressional district, who lost by six votes to Republican Rep. Mariannette Miller Meeks (R-IA). He is asking the Democrat-controlled House to overturn the result of the election and seat Hart, despite certification of the vote by state election authorities, bypassing Iowa courts in the process.

Although that election dispute does not revolve around voting machines, it is striking how predatorial the Democrats’ politics comes down to. It comes with no small sense of bewilderment to this political commentator it is now ‘fine’ to question the integrity of America’s voting machines.

Despite Big Tech and the mainstream media’s witch hunt to root out and censor those who would dare question the integrity of America’s voting machine systems (needless to say, I was never banned from a social media platform because I wisely often cited experts and mainstream media sources from before the 2020 election), it is now seems to be quite fine.

But although the conspiracy theories are nonsense, that doesn’t mean there’s anything unreasonable about mistrusting voting machines, about which experts have been sounding the alarm for years. Even before Bush v. Gore — with its disputes over missed votes and hanging chads — voting machines were a cesspool of low reliability and low security, not to mention profiteering. And they still are.

There you have it. Even as left-wing media disdain anything that would cast uncertainty about a Democrat’s election victory, it is perfectly reasonable to criticize voting machines’ security.

The Washington Post positively cites SMART elections, a group that I have have consistently backed and supported.

As a testament, I personally assisted its recent drive to question a certain ES&S model’s certification in New York. It acquired a small, but substantive victory, to be sure in New York.

WE JUST WON!!
ExpressVote XL was not certified in New York! They are certifying the DS850 update, but they clarified that the Automark is not going away.

“I share your concerns that the barcode printed on each summary card is not independently verifiable, another technical requirement for New York State Board of Elections certification,” Linda Rosenthal responded. “The barcode is what is scanned by the machine to ultimately cast a ballot, but the voter is not able to verify that the barcode exactly matches the ballot they intended to cast.”

The Dominion system in Georgia similarly uses QR codes, which are only machine readable, and thus not able to be directly verified. Add in mass mail-in ballots, once the signed envelope is separated from the ballot, and that is yet another barrier to voter verification. It is perfectly reasonable and legal to raise such objections, despite the “chill” campaign.

“But nothing SMART Elections is saying is controversial, let alone libelous,” the Washington Post conceded in its story. I concur. SMART Elections cites some of the same research that I have touted, such as that of Princeton professor Dr. Andrew Appel.

The Washington Post story itself also explains why I stopped pushing forth the conspiracy-based theorizing of such figures as Lin Wood, Sidney Powell, and others during the 2020 fallout. I never found evidence there was remote data hacking of voting machine systems, for example, but instead put forth the more plausible likelihood that voting systems could be exploited by bad actors on the inside.

If we are going to get sensible elections reform before 2022, then we are going to have to form a broad-based coalition of concerned voters, regardless of their political leanings or party affiliation. SMART elections is a smart place to start.