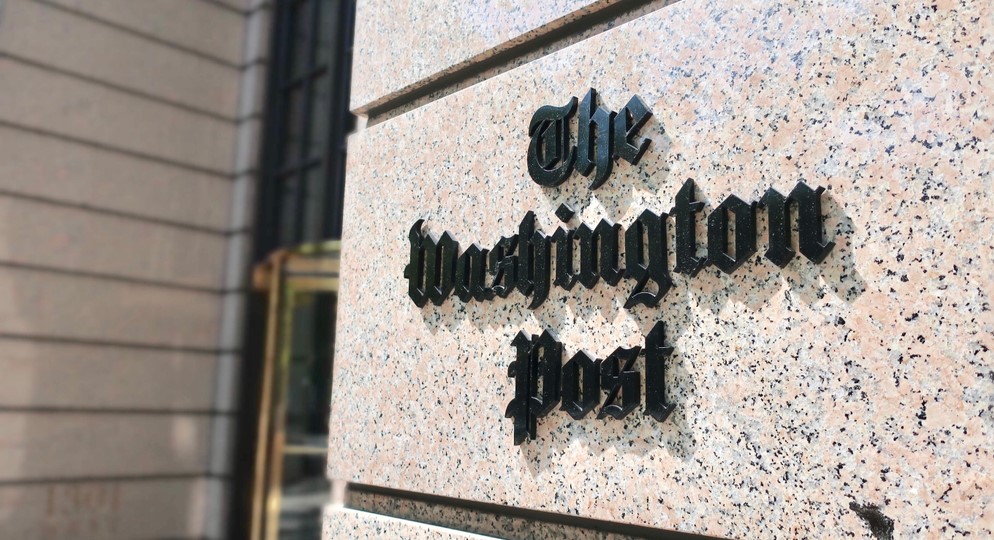 Barack Obama recently admitted that the Biden presidency was “finishing the job” of his two radical terms in office. Therefore, nobody should be surprised that means unprecedented attacks on the U.S. press and yet another scandal that will do nothing to cause left-wing journalists to learn.

On Sunday, the Washington Post’s Publisher Fred Ryan laid out a compelling case that the Biden administration lied to journalists’ faces about the rogue Department of Justice’s surveillance of the press.

“During the final days of the Trump administration, the attorney general used extraordinary measures to obtain subpoenas to secretly seize records of reporters at three leading U.S. news organizations,” Ryan said. “After this was reported last month, President Biden rightly decried this attack on the First Amendment, calling it ‘simply, simply wrong‘ and assuring Americans that it would not happen in his administration.”

“Unfortunately, new revelations suggest that the Biden Justice Department not only allowed these disturbing intrusions to continue — it intensified the government‘s attack on First Amendment rights before finally backing down in the face of reporting about its conduct,” Ryan claimed.

The WaPo publisher then revealed what he referred to as an “unprecedented assault” on press freedom.

“After Biden took office, the department continued to pursue subpoenas for reporters’ email logs issued to Google, which operates the New York Times’ email systems, and it obtained a gag order compelling a Times attorney to keep silent about the fact that federal authorities were seeking to seize his colleagues’ records,” he continued. “Later, when the Justice Department broadened the number of those permitted to know about the effort, it barred Times executives from discussing the legal battle with the Times newsroom, including the paper’s top editor.”

“This escalation, on Biden’s watch, represents an unprecedented assault on American news organizations and their efforts to inform the public about government wrongdoing,” he said.

The Washington Post publisher cannot verify if the Biden DOJ will actually stay true to its word and halt the practice, given that he just established that the administration is lying. Additionally, there must be a distinction between the Trump administration and the DOJ run by former Attorney General William Barr.

Barr might have appeared to the press as a loyal servant of the Trump presidency, as it argued several times, but behind the scenes he was undermining any accountability for the so-called “Deep State” by failing to bring Spygate actors to justice. Furthermore, there are reports by some former Trump officials that Barr actually had a hand in paving the way to the Biden administration.

Former Trump adviser Peter Navarro appeared on Maria Bartiromo’s show in February and laid out the case that Barr had subverted the Trump agenda.

“Trump’s last Attorney General actually also turns out to be Joe Biden’s first Attorney General,” Navarro said. “Because here is what was happening. We had over 30 executive orders queued after election day, ready to go. But we kept running into all of these roadblocks and roadblocks and hurdles. It turns out that Bill Barr’s office of legal counsel was fast-tracking all of these Biden EOs.”

“So, we had this beautiful order,” he went on. “One of the orders that Bill Barr helped Joe Biden do was to basically unwind that.” Bartiromo exclaimed, “wow.”

The Washington Post covered the Obama-era AP surveilance scandal in 2013, which was memory holed by many who still believe the presidency was ‘scandal free.’

“When the Justice Department began investigating possible leaks of classified information about North Korea in 2009, investigators did more than obtain telephone records of a working journalist suspected of receiving the secret material,” the Post reported.

“The case of Stephen Jin-Woo Kim, the government adviser, and James Rosen, the chief Washington correspondent for Fox News, bears striking similarities to a sweeping leaks investigation disclosed last week in which federal investigators obtained records over two months of more than 20 telephone lines assigned to the Associated Press,” the report added.

The Feds’ surveillance of journalists should be a chilling wake-up call to those whose duty it is to hold the government accountable. Unfortunately, while the Washington Post’s pressing for accountability for the Biden administration is laudable, one suspects the ideological blinders of activist journalists will cause any fuller effort at accountability to fail.