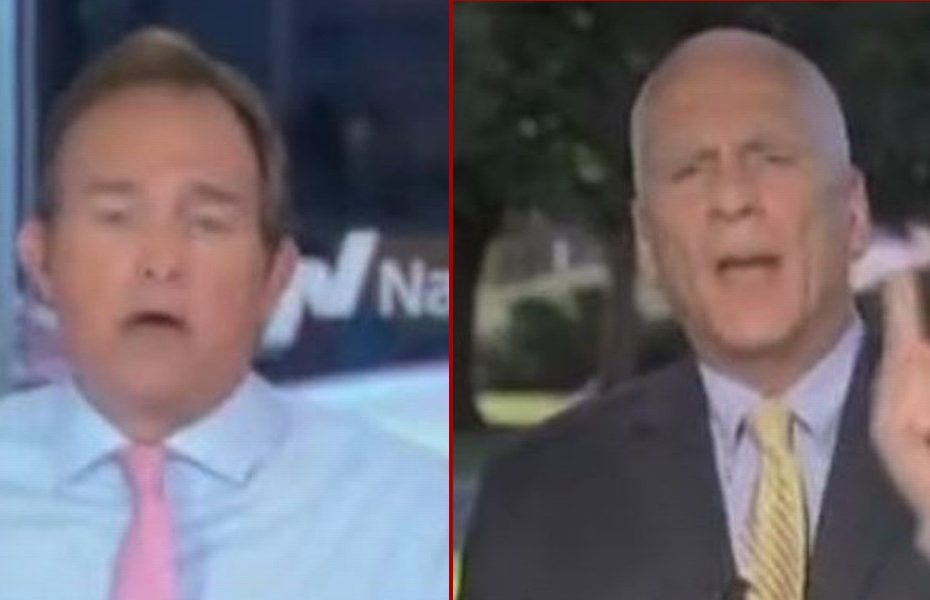 It became particularly heated on CNBC’s “Squawk Box” when Bernstein was asked to account for Biden’s pledge he wouldn’t raise taxes on anyone making under $400,000 a year and if that meant those taxpayers would soon be audited. His reaction was telling.

“And much of this is going to be small business, Jared. That people that use S-corps.”

“I want to be clear, because is the president is guaranteeing that nobody making under $400,000 will be audited?” the CNBC reporter said.

The White House is not hiring 87,000 new IRS agents to ensure that a handful of big corporations pay their fair share of taxes. It is amassing an army of tax auditors to go after its enemies in the middle class.

Just for context, the IRS expansion will make it one of the biggest and most powerful agencies in the world. Joe Simonson of the Washington Free Beacon puts it into perspective.

If Democrats have their way, one of the most detested federal agencies—the Internal Revenue Service—will employ more bureaucrats than the Pentagon, State Department, FBI, and Border Patrol combined.

Under the Inflation Reduction Act negotiated by Sen. Joe Manchin (D., W.Va.), the agency would receive $80 billion in funding to hire as many as 87,000 additional employees. The increase would more than double the size of the IRS workforce, which currently has 78,661 full-time staffers, according to federal data.

The additional $80 billion in funding would increase the IRS’ budget six-fold, Simonson adds.

The Pentagon houses roughly 27,000 employees, according to the Defense Department, while a human resources fact sheet says the State Department employs just over 77,243 staff. The FBI employs approximately 35,000 people, according to the agency’s website, and Customs and Border Protection says it employs 19,536 Border Patrol agents.

The money allocated to the IRS would increase the agency’s budget by more than 600 percent. In 2021, the IRS received $12.6 billion.

It right that Americans should be terrified of the United States, as the IRS targeting controversy under former President Barack Obama illustrates. The IRS apologized for targeting conservative and tea party groups.

In a legal settlement that still awaits a federal judge’s approval, the IRS “expresses its sincere apology” for mistreating a conservative organization called Linchpins of Liberty — along with 40 other conservative groups — in their applications for tax-exempt status.

And in a second case, NorCal Tea Party Patriots and 427 other groups suing the IRS also reached a “substantial financial settlement” with the government.

The Internal Revenue Service had to reach settlements with groups that it had unfairly targeted due to demonstrable political bias. If there is one consolation for Americans anxious about being targeted for IRS audit, there is legal precedent that suggests the Biden administration could be opening itself up to a slew of fresh lawsuits should the taxation powers be abused. And with the current federal courts and the U.S. Supreme Court proving to be favorable towards defending Americans’ rights, there is at least some prospect of future wrongs will ultimately be righted.