WATCH: Trump Is Living Rent-Free In Biden’s Head, And This Clip Proves It 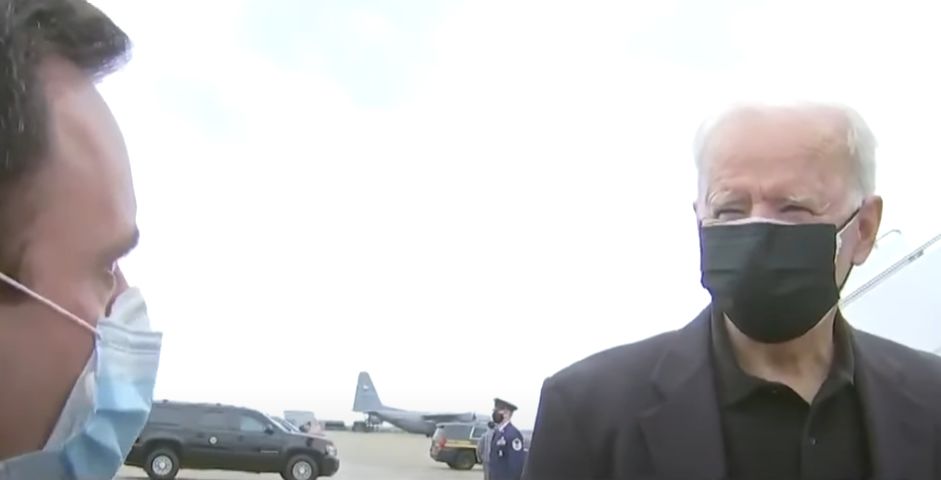 On Sunday, Biden was confronted about the border crisis and if he had heard if Donald Trump might visit it.

“Mr. President, we have seen Republican senators at the border,” a reporter asked him, “Former President Trump says he’s been asked by some border patrol agents to go to the border, do you think that would be productive? And any time table on when you might go?”

“We are putting in place a plan that I feel very confident about,” Biden replied. “And, and, uh, I don’t care what the other guy does.”

“The other guy”? Donald Trump appears to be living rent-free in Joe Biden’s head. On Thursday, Trump reacted to Biden’s disastrous first press conference in over two months in office.

“Nobody’s ever seen anything like it,” Donald Trump said to Laura Ingraham. “You know it. You know it better than anybody. You cover it so well. It’s very sad to watch, actually.”

Biden also announced his intention to run for re-election in 2024, although many are questioning whether he can even last through his first term. On Wednesday, the Biden White House handed off border crisis duties to Kamala Harris.

According to Trump’s senior aide Jason Miller, the former president may visit the border “soon.” It may not just be a matter of whether Trump beats Biden to the border, but whether he can also get there before Kamala Harris.

Either way, neither Harris nor Biden intend to do anything substantive to address the border crisis, unlike former President Trump.