WATCH: C-SPAN Callers ROAST Brian Stelter to His Face While He Sips Nervously on Vitamin Water 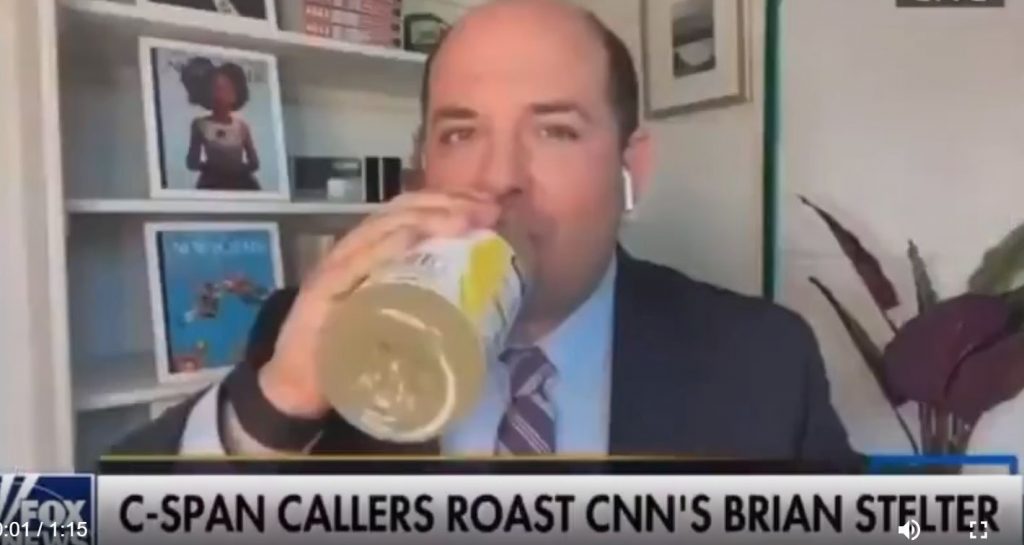 An apple may be an apple, and a banana is a banana, but a potato will always be a potato.

Appearing on a C-SPAN program in June, CNN “Reliable Sources” host Brian Stelter got wrecked as caller after caller gave him the business.

“Mr. Stelter is the biggest minister of misinformation I have ever heard and I’m a news junkie,” one caller identified as Kevin from Indiana told him as Stelter sipped on a vitamin water bottle.

“This gentleman told the American people, and his news organization…for four years that there was Russia collusion and actually, after all the $35-$40 million dollars and government investigation, we come to find out there was zero. Zero collusion from the Trump administration and Russia,” the caller continued. “His stories absolutely evolve.”

“Thank you for the feedback, I appreciate it,” Stelter said anxiously.

“I was just wondering if you still feel like Michael Avenatti is the greatest thing in the world and should run for president of the United States,” the caller asked. “My suggestion is, whatever CNN says, do the opposite and you’ll do fine.”

As background, Stelter once told Avenatti, “One of the reasons why I’m taking you seriously as a [2020 presidential] contender is because of your presence on cable news.”

Stelter later backed off of the comment, explaining pathetically in a newsletter that Avenatti had attained a “Trump-like mastery of the media.” 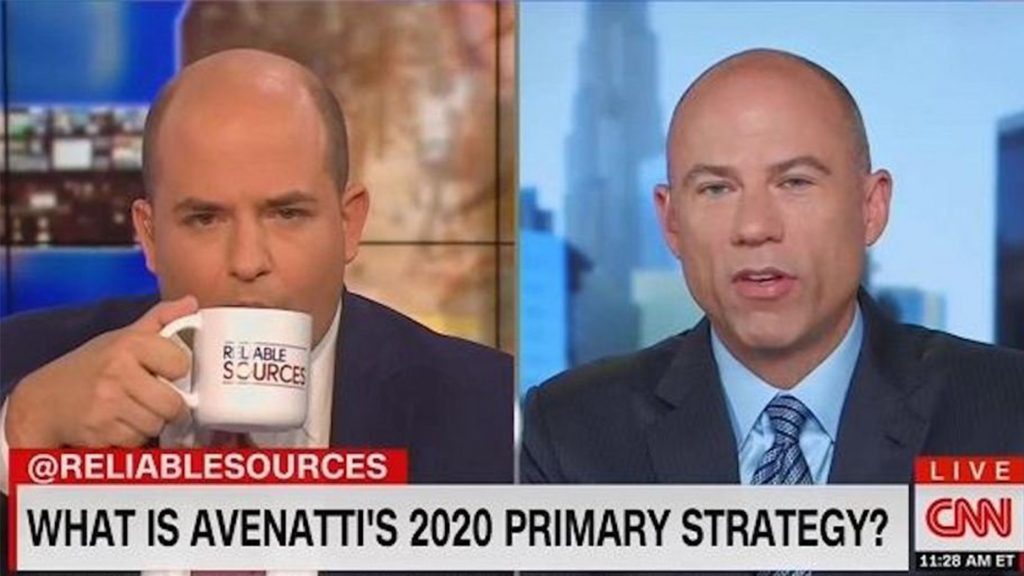 “There are lots and lots of reasons why Avenatti was newsworthy when he was representing Stormy Daniels,” he said, although the porn performer’s case was dismissed. “Journalists did their jobs and questioned him — some more effectively than others. Critics are doing their jobs and questioning the coverage — and that makes all of us better. But bad faith arguments make us all worse off. Some folks have been distorting my comment last September about Avenatti. My thesis back then, which still holds, is that all future US presidents will be television stars of some sort. TV star power will be a prerequisite for the presidency. [That’s why] I told Avenatti ‘one reason I’m taking you seriously as a contender is because of your presence on cable news’.”

“Obviously I’m not taking him seriously anymore, but I own that comment,” Stelter added. “He showed a Trump-like mastery of the media last year. I think there’s been a lot of introspection in newsrooms about the reasons for that mastery. I think what’s most important now is that the cases against him are covered fairly and thoroughly, not soft-pedaled by people who previously interviewed him OR sensationalized by people who dislike him.

Another C-SPAN caller referred to Stelter as “shameless,” and another caller said CNN is a “joke.” It is unknown if Stelter did the interview with his pants on. But the C-SPAN callers made sure to let the American people know that when it comes to news, “the emperor wears no clothes” at CNN. Gross. 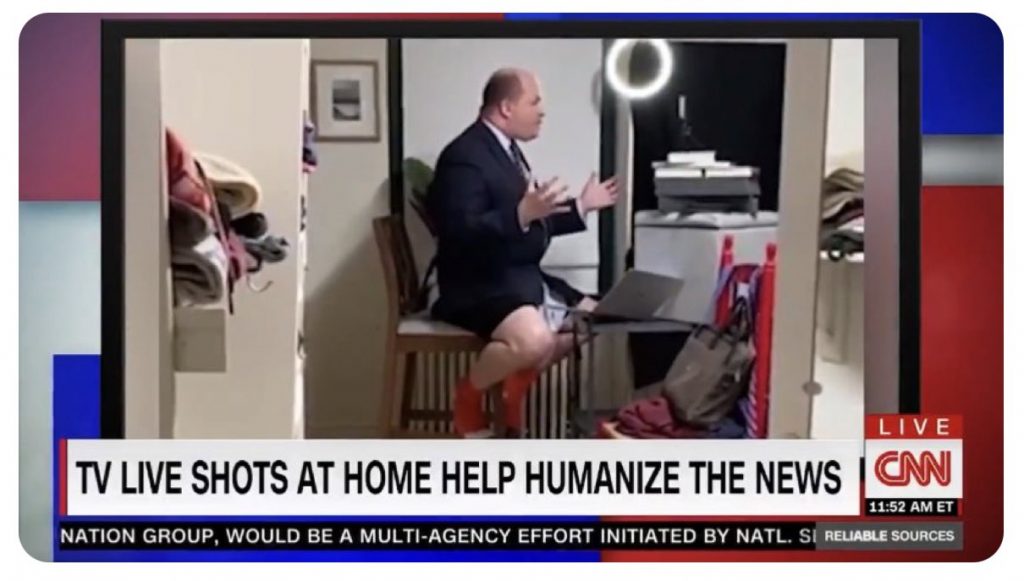