Watch Dr. Fauci Squirm as Rand Paul Puts Him on the Hot Seat and Then Grills Him Over Corrupt Deals with Big Pharma 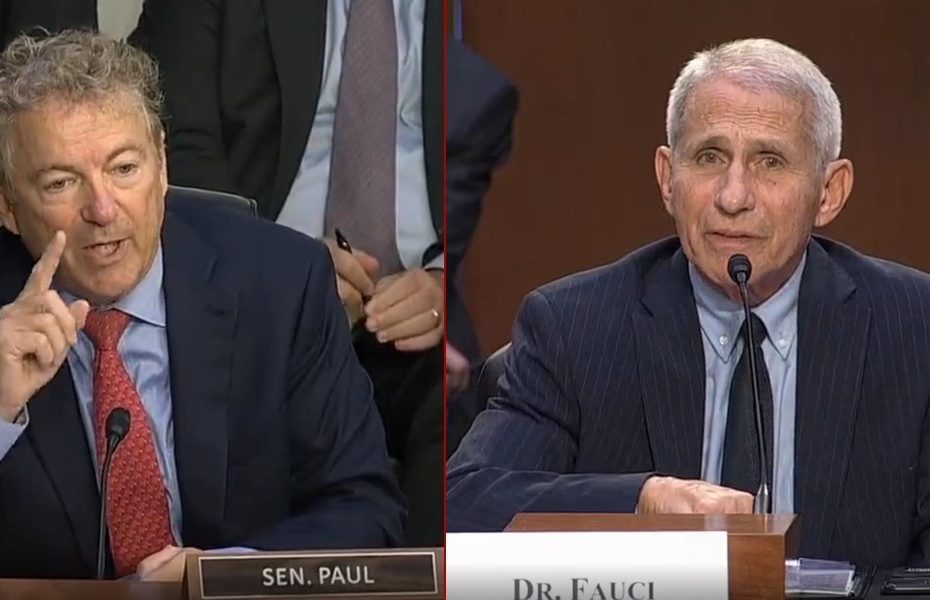 “But I tell you this,” Paul warned. “When we get in charge, we’re going to change the rules and you will have to divulge where you get your royalties from, from what companies. And if anybody in the committee has a conflict of interest, we’re going to learn about it. I promise you that.”

“Mr. Chair, can I, can I respond to that please?” Fauci asked. “Okay. There are two aspects for what you said, you keep saying, ‘you approve, you do this, you do that.; The committees that give the approval are FDA through their advisory committee. The committees that recommend are CDC through their advisory committee. And you keep saying, ‘I’m the one that’s approving a vaccine based on certain data.’ So I don’t really understand, with all due respect, Senator…”

“They’re not my committees,” Fauci repeated. “They’re the VRBPAC committee for the FDA and the ACIP for the CDC. So I don’t have any idea what goes on…”

Dr. Anthony Fauci in August announced that he will retire by the end of the year. The timing of Fauci’s retirement would precede an expected GOP takeover of the House.

Senator Rand Paul made it clear that Fauci should nonetheless clear his schedule to revisit the subject after the 2022 midterm elections.

Sen. Paul, in July 2021, announced that he was seeking a criminal referral for Fauci. He also vowed accountability for Fauci after the midterm elections for misleading Congress about the SARS-CoV-2 virus’s origins.

“I will be chairman of a committee in the Senate. We will use the subpoena power to bring forth all the records,” he said.

“Right now they send us records. If we ask about their discussions, covering up where the virus came from, its origins in the lab, they white it all out,” he added.

In February, Dr. Paul promised a full investigation of Dr. Anthony Fauci and his activities as the nation’s top Covid doc.

“If we win in November, if I’m chairman of a committee, if I have subpoena power, we’ll go after every one of [Fauci’s] records,” Paul said in an interview with conservative podcast host Lisa Boothe. “We’ll have an investigator go through this piece-by-piece because we don’t need this to happen again.”

“All these blue state governors listen to him and think that it’s science to close a restaurant at 10 o’clock at night or to say that we have to have 25 percent of patrons,” he said.

“There’s no evidence that any of the mitigation, any of the rules, and mandates changed the trajectory of the virus at all,” he added.

One thing is for certain: If the Republicans do manage to take over the Senate, there will be at least one senator seeking accountability for the medical establishment’s disgraceful handling of the Covid pandemic.