The January 6th House committee hearings on Tuesday are being framed as an emotional reliving of traumatic events at the Capitol riots. Four police officers gave testimony that at times grew raw and two police officers even shed tears.

Two of the committee members in particular, Rep. Adam Schiff and Rep. Adam Kinzinger, showed emotion themselves as they described their reaction to the testimony.

“I never expected today to be quite as emotional for me as it has been,” Rep. Kinzinger stated while choking up. He had been visibly smiling only moments earlier. 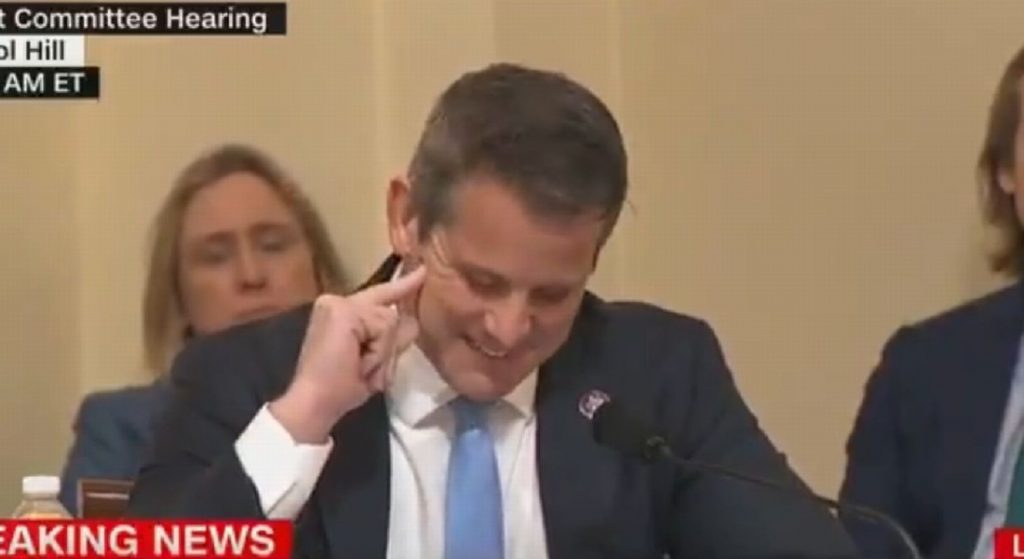 “I think it’s important to tell you right now, though,” Kinzinger went on. “You may guys, like, individually feel a little broken. You guys all talk about the effects you have to deal with. And, you know, you talk about the impact of that day.”

“But you guys won,” Kinzinger said. “You guys held.”

Rep. Schiff, for his part, reinforced the “broken” narrative and choked up himself.

"If we deem elections illegitimate merely because they didn’t go our way rather than trying to do better the next time, then God help us." pic.twitter.com/BHQZHnfilT

“I’d like to think, as Amanda Gorman so eloquently said, that we’re not broken we’re just unfinished,” Schiff said.

“If we deem elections illegitimate merely because they didn’t go our way rather than trying to do better the next time, then God help us,” he added.

“I didn’t expect this,” Schiff said while choking up, “It must be an Adam thing today.” He was referring to Kinzinger, who had earlier gotten emotional during testimony.

There was certainly more “emotion” after the January 6 hearing, which was short on new facts about the Capitol riots. Below you can see committee members grin and shake hands with police officers, and you can hear laughing in the background.

At one point you can see Adam Schiff smiling broadly while he stared out across the chamber.

So much for the solemn atmosphere and tearjerker theatrics that were on full display earlier at the partisan hearings.