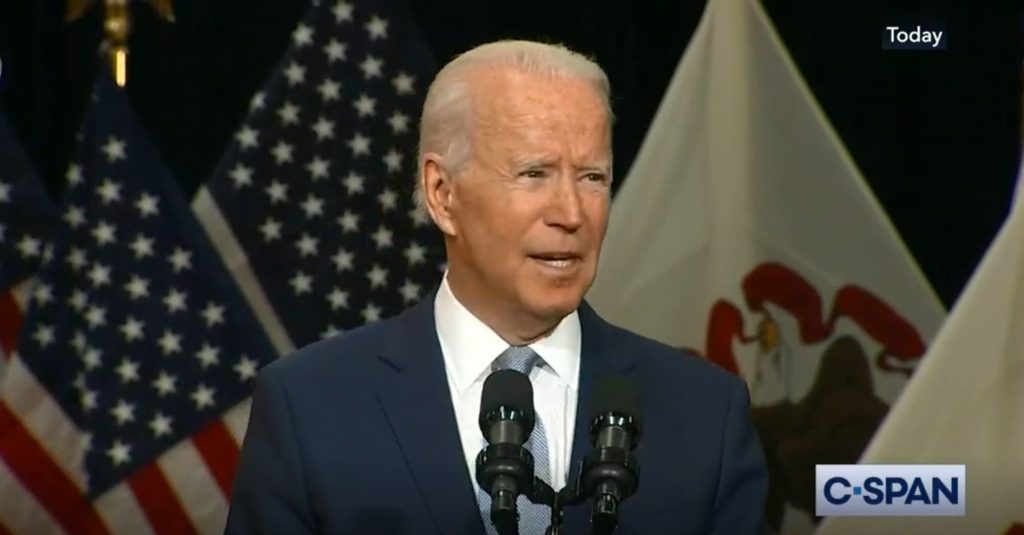 Joe Biden gave a speech at McHenry County College in Crystal Lake, Illinois on Wednesday, where he discussed his ‘Build Back Better Plan.’ He might want to start with the ‘Do Math Better Plan.’

“One of the reasons why we are a leading country in the world for so long and still on the edges is because we’re the first industrial nation in the world to allow 12 years of free education back at the turn of the 20th century, but everybody’s caught up,” he said.

“At the time they were debating what should be education in America? The argument was there should be 12 years of free education,” he continued. “And that’s what got us ahead. That’s what had us leap ahead of the rest of the world. But today everybody’s caught up. Does anybody think in the 21st century with changes taking place in technology and across the board that 12 years of education is enough to be able to live a middle-class life? I don’t think so.”

“And so the fact of the matter is I’ve decided we should have a minimum of 14 years of education,” Biden added. “I want to guarantee the additional four years of public education for every person in America…  Starting with providing two years of universal high quality preschool for three and four year olds…  I want to add two years of free community college for everyone.” Watch:

Educated Americans would point out that adding four more years to twelve years of ‘free’ education would be sixteen. (12 + 4=16). Then again, since math is now “racist,” he may be using the new Common Core math.

Biden also didn’t clarify if this preschool education would be ‘mandatory’ for three and four year olds. He also wasn’t done announcing increased education spending to the tune of hundreds of billions more in taxpayer dollars.

“I proposed to increase the maximum Pell grant, which if you’re below a certain income you qualify for a Pell grant from right about 6,500 a year to $8,000 a year,” he went on. “My plan will reduce student debt for future teachers, double the size of annual federal scholarships for future teachers, will also support a hundred billion dollar in school infrastructure improvements, including community college … My plan will also provide up to 12 weeks of paid family leave for medical care.”

In February, Dr. Jill Biden spearheaded the proposal that the United States should add ‘free’ community college and training programs to the Biden administration’s laundry list of spending programs.

“Everyone should have access to free community college,” she also tweeted.

The cost of in-state tuition and out-of-state tuition for community college runs in the thousands per student, as reported by the USA Today:

According to Columbia, “in fall 2018, 5.6 million students were enrolled in public, two-year colleges. About 2 million were full-time students, and 3.6 million were part-time.”

Thus, the program would run into the tens of billions each year without even considering how the program would fuel demand for education, as well as lead to government competing against private and public four-year universities.

As for ‘leading the world’ in education, the U.S. has lagged behind many nations on both numeracy and literacy, despite massive increases in spending on education. This is according to a 2017 Brookings Institution report. 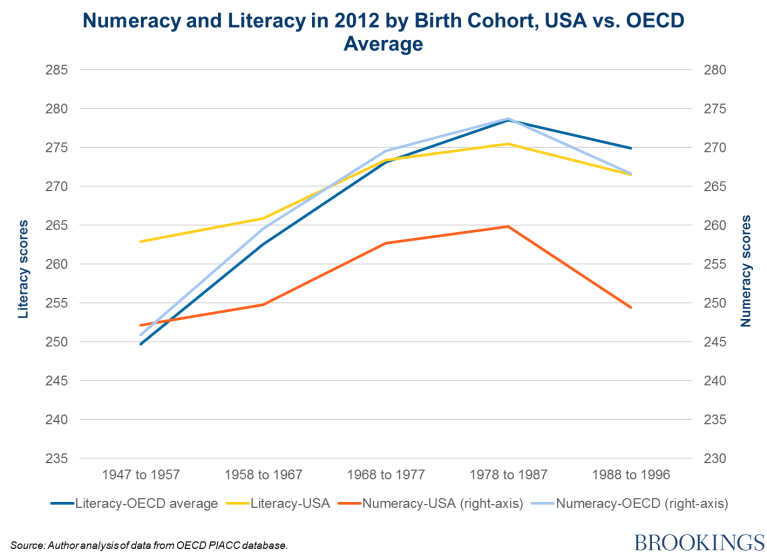 Obviously, teaching Critical Race Theory and other socially controversial issues will do nothing to change the fundamental downward trajectory of literacy and numeracy in the United States. It is yet another example of the Democrats’ misplaced priorities.

Jill Biden Has Been First Lady a Month, Now She is Doing Something Melania Trump Wouldn’t Dare Do