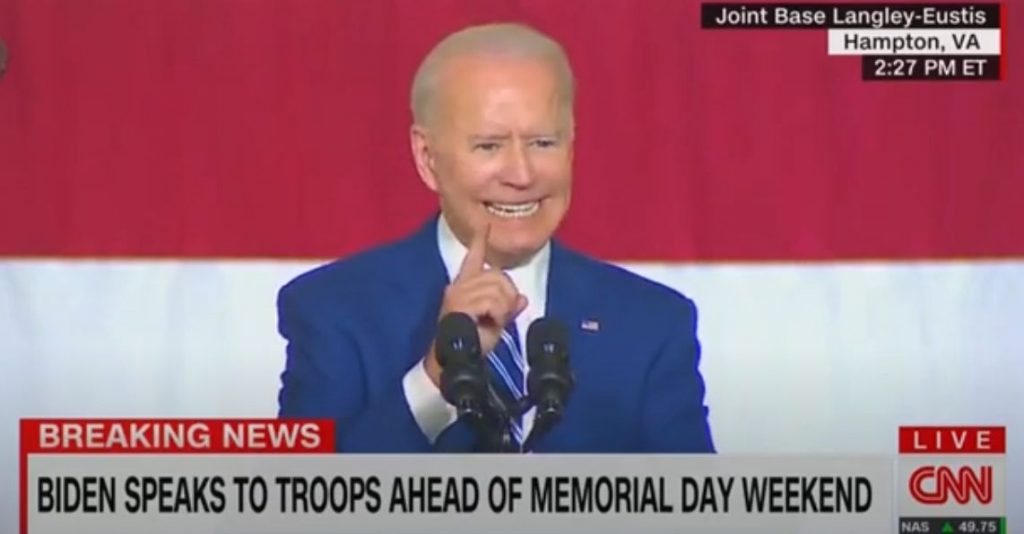 Joe Biden continues to botch even the most memorable quotes in the history of mankind, such as famous lines from the “Declaration of Independence,” while making alarmingly ridiculous comments that defy basic math.

“America is born out of an idea. We hold these truths to be self-evident, that all men and women are created equal, endowed by their creator with certain unalienable rights, including life, liberty, et cetera,” Biden said.

“Et cetera”? We are talking about the foundational document of the United States, which Joe Biden represents as its “president.” Let’s get it down in plain English: “We hold these truths to be self-evident, that all men are created equal, that they are endowed by their Creator with certain unalienable Rights, that among these are Life, Liberty and the pursuit of Happiness.”

Not that hard. Yet, this isn’t the first time Biden has struggled with the ideological impetus behind the American revolution and the nation’s system of government. At a rally in 2020, Biden absurdly jettisoned part of the iconic phrase.

“We hold these truths to be self-evident,” Biden said in Texas. “All men and women created by — you know, you know, the thing.”

It wasn’t the only ludicrous remark Biden made on Friday. He also said the following about Chinese communist leader Xi Jinping.

“I’ve spent more time with President XI of China than any world leader has. For 24 hours of private meetings with him, with just an interpreter, 17,000 miles traveling between China and here,” Biden said. “He firmly believes that China before the year 3035 is going to own America. Because autocracies can make quick decisions. But America is unique.”

Let’s recap: China believes it will “own” American before the year “3035” because it makes “quick decisions.” Well, certainly quicker than Joe Biden, obviously.