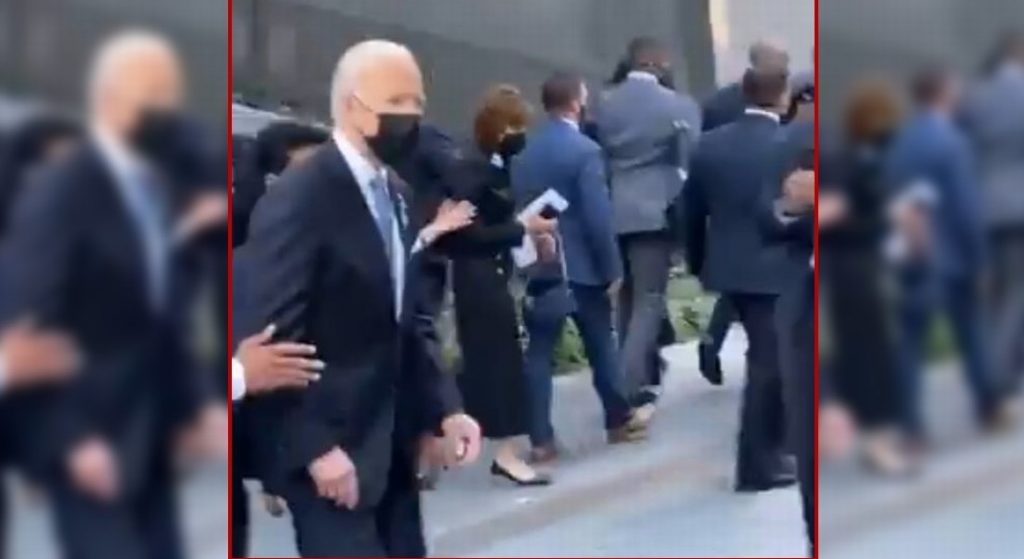 President Joe Biden appeared to get booed at the 9/11 anniversary memorial ceremony at Ground Zero in New York City. Watch:

“Terrible, terrible,” a man says among booing from multiple people in attendance.

President Biden, meanwhile, appeared with former presidents and other political figures at the ceremony.

Embarrasingly, Biden also appeared to give some kind of ‘shout out’ at the solemn ceremony. The Bidens then left to honor those who gave their lives defending America on Flight 93.

“The president and first lady left the memorial just before 10 a.m. to travel to Shanksville to participate in a wreath-laying ceremony commemorating those who died on Flight 93,” the Hill reported.

Trump also posed with the firefighters and officers.

There was more video taken of Trump’s surprise visit.

The mainstream media can tell itself that Donald Trump was a great ‘divider,’ while Joe Biden is a ‘uniter.’ But that lie appears to have been completely exposed by actual Americans who know what leader to turn to on a national day of remembrance and loss.

Gov. Ron DeSantis Responds to Biden’s Vaccine Mandate with a Brutal Reality Check: There is No ‘One-Person Rule in this Country’