Members of the U.S. women’s soccer team turned away and put their hands behind their back during the National Anthem at a ‘send-off’ match before the Olympics on Monday.

The 98-year-old World War II veteran Pete DuPré was playing the National Anthem when the women turned away while in a single file line, closing their eyes during the Star Spangled Banner.

Disrespecting the national anthem has become a trend for Team USA athletes, particularly on the women’s soccer team. Megan Rapinoe became infamous in 2016 when she kicked off kneeling for the national anthem, which had been a stunt launched by former NFL player Colin Kaepernick’s lie that the Star Spangled Banner is ‘racist.’

In 2020, even more members of the women’s soccer team kneeled during the national anthem.

Furthermore, there is another big lie related to kneeling during the national anthem: Police target and shoot black Americans because they are ‘racists.’ The data explode this ill-informed contention as a myth.

If one sorts the database for the last six years, one finds a total of 129 people shot and killed by police. That is an average of 21 unarmed black males per year out of a population of approximately 20 million. That is virtually ‘one in a million.’

Recently, hammer-throwing Olympian Gwen Berry said she was ‘pissed off’ by the national anthem being played during the trials in Oregon. She accused the organizers of playing it intentionally to personally irk her, although it was scheduled to be played at 5:20 p.m., the time when she took her position at third place on the podium.

Before she threw a fit at the Olympics qualifying podium, Gwen Berry had no problem celebrating the American flag, as researchers dug up from her own blog. 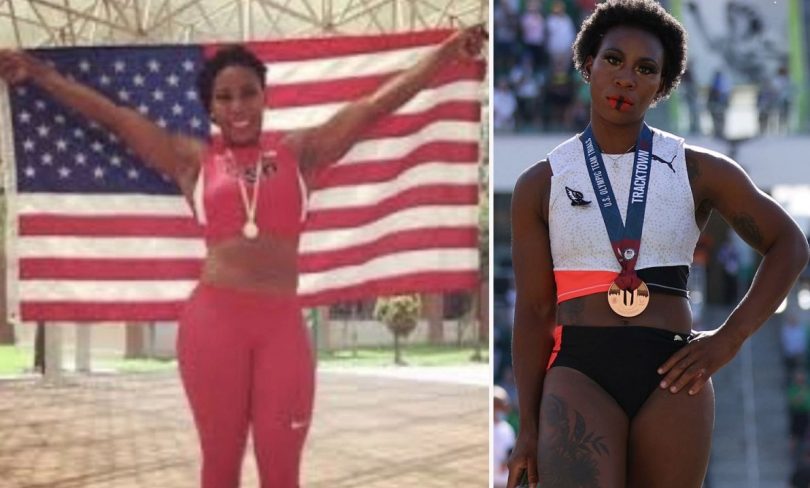 Thus, we can safely conclude that Olympic athletes who disrespect the U.S. flag are not only unpatriotic, but are spreading ill-informed anti-American propaganda that is ultimately based on lies.