“We are Not Going to Fire Any Employees Over This”: Southwest CEO Comes Out in Opposition to Biden Vaccine Mandate

Southwest CEO Gary Kelly had a major announcement on Tuesday about the vaccine mandate the airline recently issued: His company won’t be enforcing it.

During an interview with ABC News on Tuesday, the CEO said that no employees would be fired over the company’s vaccine mandate. Earlier, the airline announced that all employees needed to get vaccinated against COVID-19 by November 24 or face termination.

“We are not going to fire any employees over this,” Kelly said.

The Southwest CEO told ABC’s George Stephanopoulos there was “no evidence” any type of demonstration had caused the major service disruptions over the weekend. Nearly 2,000 Southwest flights were cancelled, stranding tens of thousands of passengers who needed to rebook their flights.

“There’s just no evidence of that,” Kelly said about the reported ‘sick out.’ “Our people are working very hard, they’re doing a great job, I’m very proud of them.”

He did acknowledge that the vaccine mandate is “very controversial,” and not something he wanted for his company.

“This is a government mandate, it’s a presidential order, and we’re doing our best to comply with that according to the deadlines that have been set,” Kelly said.

“I’ve never been in favor of corporations imposing that kind of a mandate, I’m not in favor of that, never have been,” Kelly said on CNBC. “But the executive order from President Biden mandates that all federal employees and then all federal contractors, which covers all major airlines, have to have a vaccine mandate in place by December 8. So we’re working through that.” 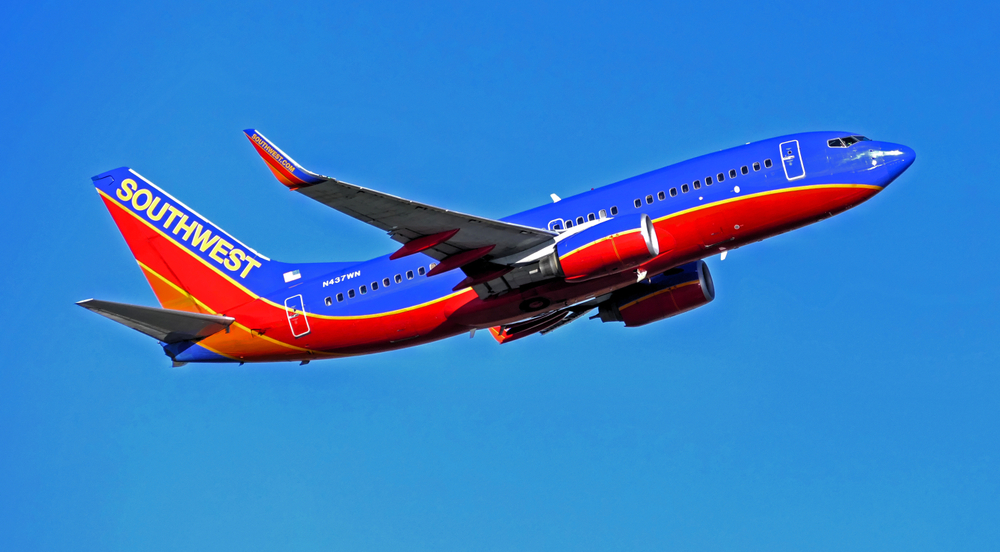 The timing of the Southwest CEO’s announcement may have less to do with his convictions against company mandates than litigation recently filed against the airline in a Dallas, Texas court.

“The Southwest Airlines Pilots Association’s filing Friday also asked for an immediate hearing on the request before a federal court in Dallas, claiming the carrier has continued to take unilateral actions that violate terms of the Railway Labor Act, which governs airline-union relations,” the report continued. “Those steps include the Covid-19 vaccination requirement.”

The Southwest flights started to be cancelled on Saturday, and nearly 2,000 flight have been delayed. Southwest continues to deny a “sick out” is at the heart of the operational problems.

“We can say with confidence that our pilots are not participating in any official or unofficial job actions,” Southwest sted in a press release. The airline blamed “poor planning” and “external operational challenges” for the delays.

On Tuesday morning, however, the issues appeared to be resolved and Southwest Airlines ceased leading the industry in cancellations and delays. There won’t be an official announcement over a “sick out” this weekend, since it would be considered an illegal labor practice under the union’s contract, but the timing of the Texas lawsuit looms large over the CEO’s announcement.

That’s because Texas’ governor recently issued an executive order that vaccine mandates will not be enforced in the State of Texas. Since the Biden administration has not yet formally issued the federal vaccine regulation, more than a month after its announcement, Texas is forcing the Biden administration’s hand to issue the unlawful mandate so it can be struck down in court. In this high stakes game of Texas Hold ‘Em, Southwest’s CEO blinked first.

All of the other major companies that are firing their employees ahead of the holidays should take note: When it comes to a federal vaccine mandate, there is currently ‘no there there.’