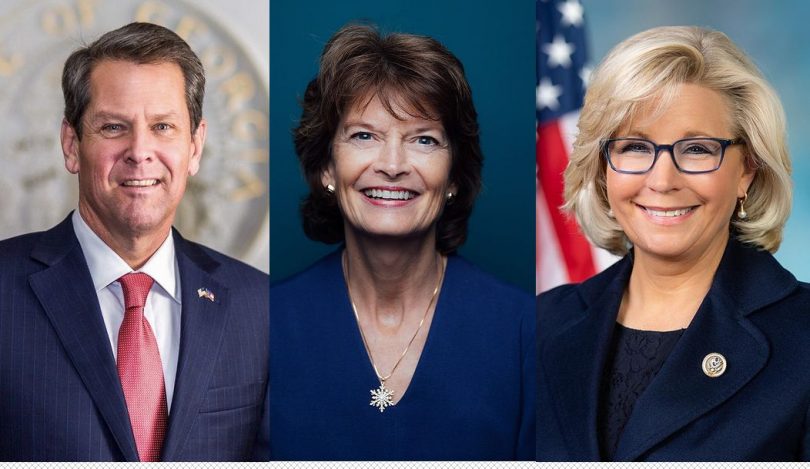 Donald Trump doesn’t need to be president again to remain a major force in The Swamp.

This is the warning Trump appears to be sending with reports that he may back a third party, potentially named the ‘MAGA Party’ or the ‘Patriot Party.’ The president has already amassed a war chest of $70 million in campaign funds that he can use to fund primary challengers of those who have been politically targeting him while out-of-office.

The Daily Mail reported that there is even word of an “enemies list,” a euphemism for political opponents that Trump may want to see primaried:

Donald Trump is reportedly moving forward with his plans to create a ‘Patriot Party’ to put pressure on Republicans who oppose him and attempt to head off conviction in his second Senate impeachment trial.

Trump has told people that the third-party threat gives him leverage to prevent Republican senators from voting to convict him during the Senate trial next month, people in his orbit told the Washington Post.

The Washington Post this morning published a blockbuster report that former President Trump is mulling over backing a third party to challenge establishment Republicans and run against radical Democrats.

On Trump’s reported “enemies list,” as was noted by the Daily Mail, a rumber of no-brainer names:

The list is said to include the House’s number three Republican, Rep. Liz Cheney of Wyoming, who broke party ranks and voted to impeach Trump over his role in the January 6 Capitol riot. Rep. Tom Rice, a South Carolina Republican, is on the list for the same reason.

Georgia Governor Brian Kemp is also reportedly on the list after provoking Trump’s fury for refusing to back his challenge to the state’s election results, which were certified for Biden.

Senator Lisa Murkowski, an Alaska Republican who has signaled that she is open to voting to convict Trump, is also said to be a Patriot Party primary target. Kemp and Murkowski are both up for re-election in 2022.

Colorful language aside, Donald Trump’s reported list of primary targets is no different than primary lists put together by other politicians, such as by Rep. Alexandria Ocasio-Cortez.

In fact, it may be even more benign, given Trump apparently only intends to remove his “enemies” from office, while AOC wants their lives destroyed.

This all appears to be a warning to Republicans in the Senate that if they vote to convict him in the impeachment trial, he will back a third party and haunt the Republicans who turned against him for years, and maybe even decades to come.