We Now Know the Date of Biden’s First Press Conference 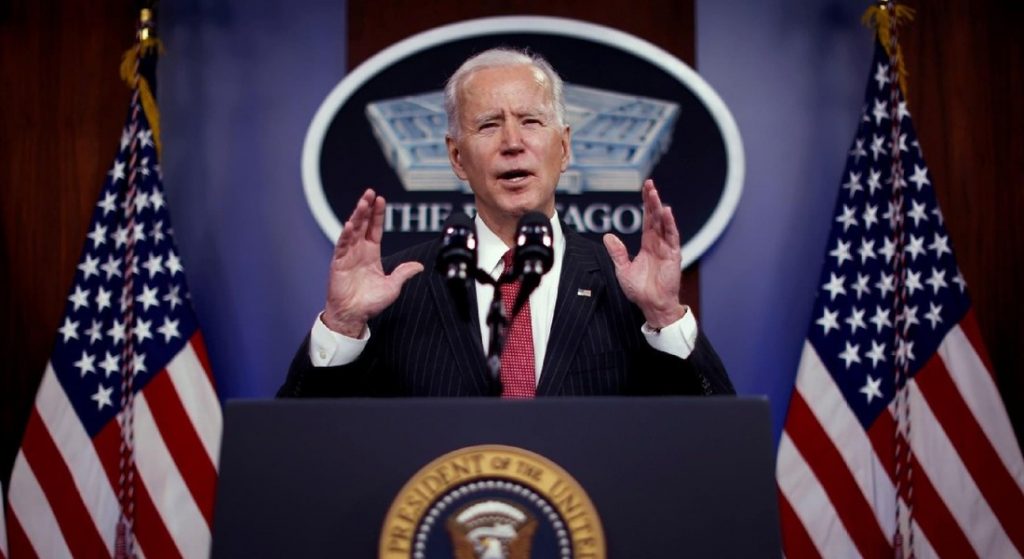 Jen Psaki is “circling back” like crazy. Kamala Harris is taking multiple solo meetings with world leaders. And Biden’s State of the Union? Forget about it.

It appears to be “off” — kind of like the president himself.

Biden couldn’t even bring himself to answer a question shouted at him at his first prime-time address on Thursday. Watch:

“And there’s nothing — nothing — from the bottom of my heart I believe there’s nothing we can’t do when we do it together,” Biden said. “God bless you all, and please, God, give solace to all those people who lost someone. And may God protect our troops. Thank you for taking the time to listen. I look forward to seeing you.”

“President Biden, do you consider this a new phase of the pandemic?” one reporter shouted. Biden exited stage left without giving a response.

Now, we have word that Biden may actually appear at an official press briefing. Joe Biden plans to grace the media’s presence on March 25th, Axios reported.

“President Biden will give the first formal press conference of his presidency on March 25, White House press secretary Jen Psaki informed pool reporters on Tuesday,” the outlet said. Biden is also set to do a sit-down interview with George Stephanopoulos this week.

The reaction to the announcement was one of widespread mockery.

He needs 9 days to prepare ?

So will the WH press corps provide questions to the puppeteers in advance? Is there an agreement with reporters to only ask questions that denigrate Trump and enhance Biden? I trust no one involved.

Seriously? They have to plan and announce this? Unbelievable. He did take 1 question today and it was tough. “Do you have plans to go to the border?”

This fake leader is a freaking pathetic joke. I remember when we had leader that answered all questions and was the most accessible president in history. He was a real leader tho and not fake 46.

We have already gone 55 days without a press briefing, shattering a modern presidential record. As the NRSC points out:

If President Trump had pulled this with the press during his time in office, the media would have hammered him for it. On the other hand, they hammered Donald Trump no matter what he did.

It will be fascinating to find out if Biden’s questions will be pre-screened and how stage-managed the press conference will be. His handlers must be sweating bullets.