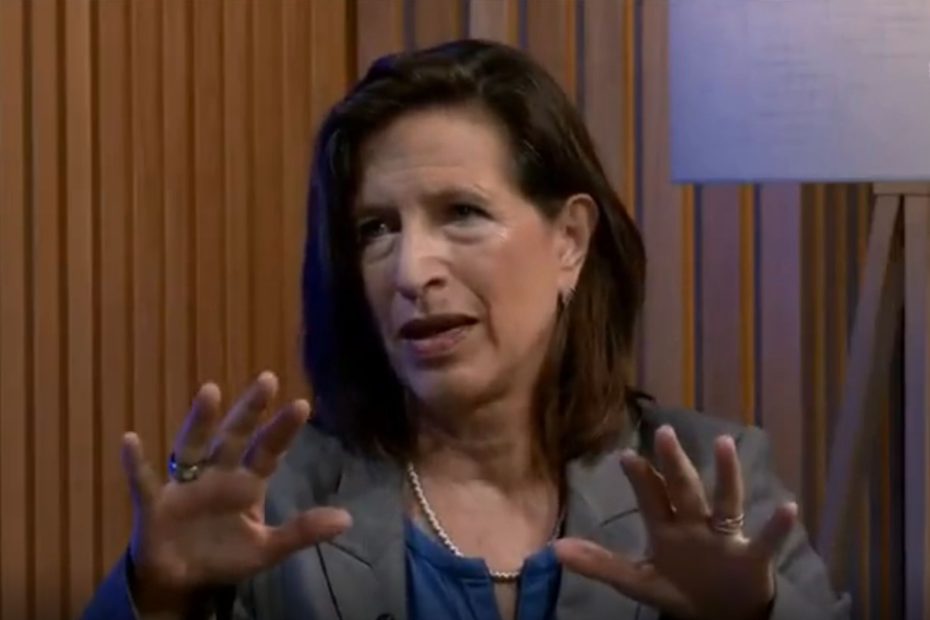 The U.N. Secretary for Global Communications Melissa Fleming, a World Economic Forum member, openly revealed how global elites work with Google and other digital platforms to censor information they deem to be politically undesirable.

“You know, we partnered with Google, for example. If you Google climate change, you will, at the top of your search, you will get all kinds of U.N. resources,” Fleming revealed. “We started this partnership when we were shocked to see that when we’d googled climate change, we were getting incredibly distorted information right at the top.”

“So, we are becoming much more proactive,” she went on. “You know, we own the science and we think that the world, you know, should know it, and the platforms themselves also do. But again… it’s a huge, huge challenge that I think all sectors of society need to be very active.”

This is a chilling revelation that sheds light on the globalists’ unethical efforts to regulate citizens’ speech in so-called ‘democracies.’ It is impossible to imagine that the U.N. is stopping with ‘climate change,’ and its agenda certainly includes all manner of topics, including elections and Covid-19 policies.

It should be noted that climate alarmism has been challenged by numerous scientists, who have found that there is no “crisis.” A group of almost 1200 of the world’s leading scientists and scholars has signed a document declaring that “there is no climate emergency.”

The World Climate Declaration states that climate science “should be less political, while climate policies should be more scientific.”

“Scientists should openly address uncertainties and exaggerations in their predictions of global warming, while politicians should dispassionately count the real costs as well as the imagined benefits of their policy measures,” the declaration reads.

Apocalyptic global warming predictions have been debunked so many times at this point that it is almost laughable. Thus, the globalist elites at the U.N. and the WEF undoubtedly feel that the only way to protect the climate hoax is to censor its critics.

The WEF members’ revelations about the global effort to censor criticism of alleged “climate science” accompanies reports the federal government has unconstitutionally carried out similar programs in the United States.