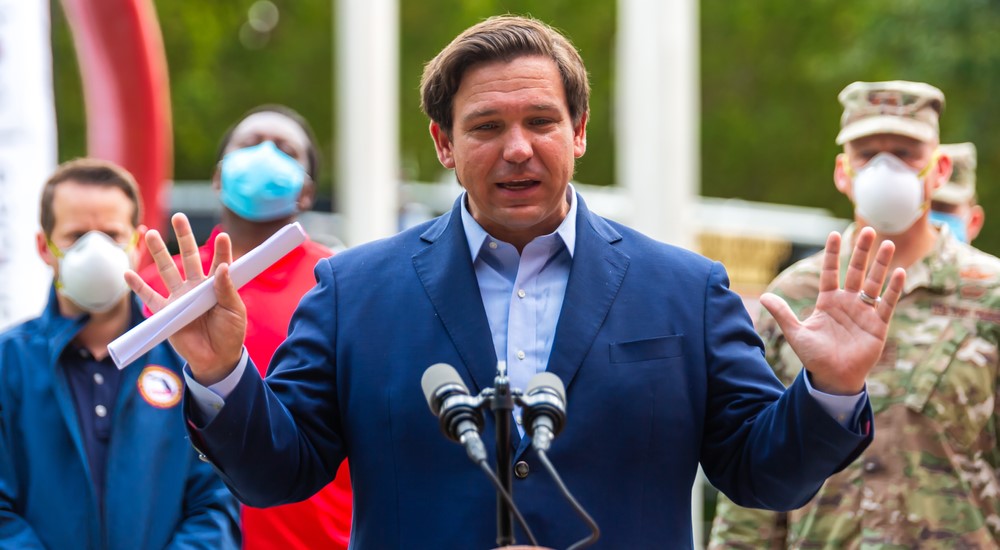 Florida Governor Ron DeSantis is becoming a one-man wrecking crew when it comes to taking down American progressives’ toxic agenda. One of the most amazing things about it all is that has taken so long for one Republican governor to “get it.”

The latest agenda item for the Florida governor is taking action against Critical Race Theory. Advocates style CRT as an attempt to rectify America’s irredeemably racist past by teaching ‘white guilt’ doctrine to the nation’s impressionable youth. Critics see a neomaxist agenda to sow racial division and to radicalize black children to hate white people and America at large.

Governor DeSantis isn’t standing for it. On Friday, he vowed to take down the insidious ideology by exposing it for what it is.

“You can put lipstick on a pig, but it’s still a pig,” the Republican said. “The Florida Board of Education is meeting, and they are addressing this. And I told them they need to address this, and we’ve got to do it.”

Governor DeSantis railed against the anti-white racist ideology, which has the effect of turning people of different races against one another.

Critical Race Theory not only has a poisonous agenda, it is based on outright lies and a deceptive reading of history.

“It’s also based on false history when they try to look back and denigrate the Founding Fathers, denigrate the American Revolution, doing all these different things that even very liberal historians say is not supported by the facts,” he explained.

“We need to make sure civics is a priority, but it needs to be taught accurately. It needs to be taught in a fact-based way. Not an ideological-based way, and if we have to play whack-a-mole all over this state, stopping this critical race theory, we will do it,” he promised.

Governor DeSantis has laid out an impressive set of credentials to lead America back to respectability and potentially even run for president in 2024. The Florida Republican has banned COVID passports, sued the CDC, pardoned all mask mandate and COVID regulation violators, passed election integrity laws, and now, has vowed to take down Critical Race Theory.