When Donald Trump Makes an Appearance at UFC, the Crowd Has the Most ‘America’ Reaction Ever 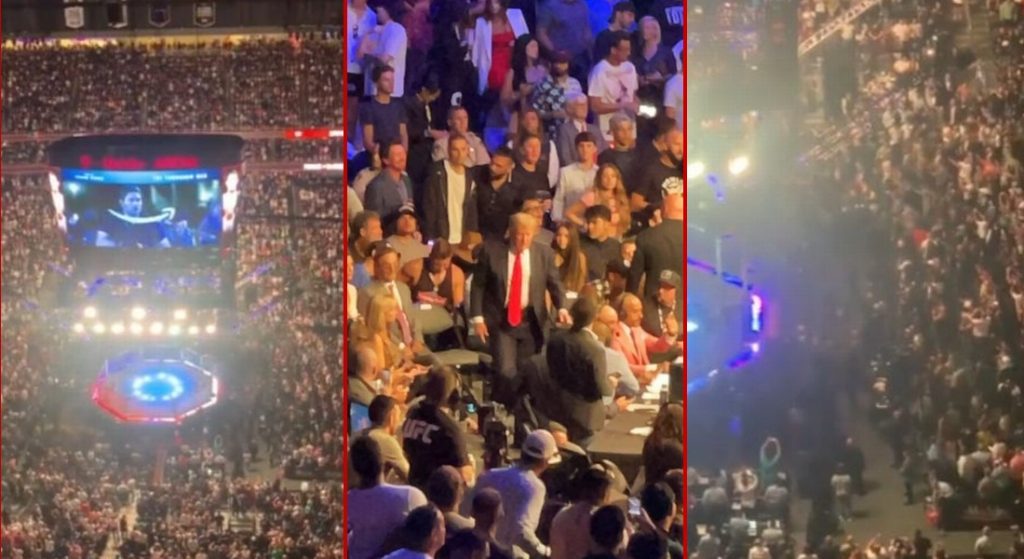 Donald Trump made an unexpected public appearance at the UFC 264 event on July 10, 2021.

The reaction to the 45th president’s public appearance at the fight night drove the crowd into a frenzy.

Here are some other views of the crowd chanting and cheering.

Here is President Trump as he arrives on the floor at #UFC264 pic.twitter.com/AG81UaqrnK

Here are some shots of the 45th president in the audience.

Donald Trump was recently asked about his plans for the future, including his lawsuit against three big tech giants.

Trump’s public appearance at UFC fight night shows that he is far from defeated. The 45th president is very much back in the fight.

‘Everything is a War’: Trump Says He ‘Looks Forward’ to Giving Personal Testimony in Big Tech Lawsuit