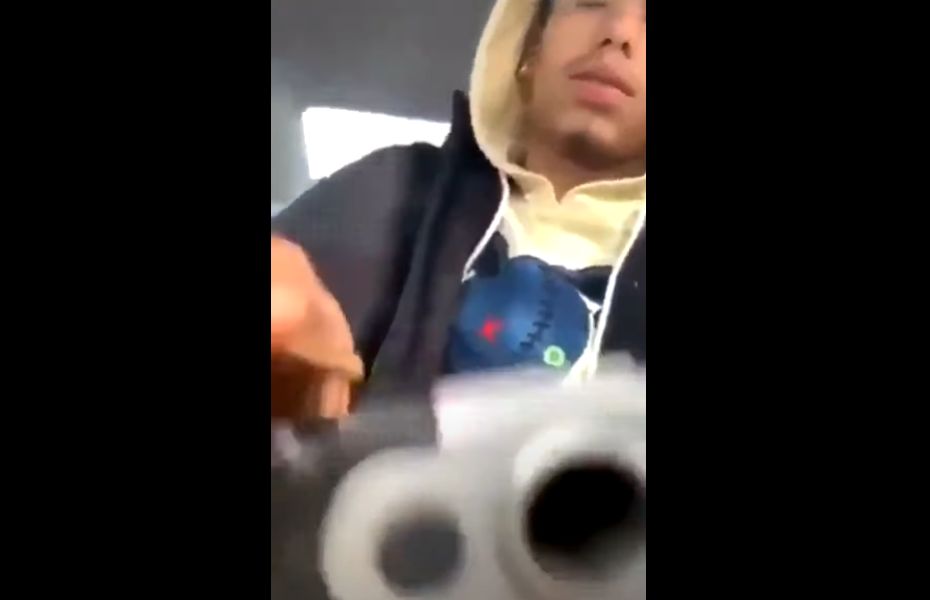 The mainstream media have seized onto another Black Lives Matter martyr: A charismatic-looking young father all of just 20 years old whose innocent smile adds outrage to yet another tragic officer-involved death in riot-devastated Minneapolis.

Below, the shooting victim Daunte Wright, is shown with his two-year old.

It is an angelic pose that shows another side to the person whose life was lost. But in the narrative battle over whether or not a police shooting incident was right or wrong, any one-sided image is going to be misleading.

What the media is less likely to show those who desire to fuel the outrage and further BLM protests is that Wright was shown on video blithely smoking and waving his handgun at the video in a menacing fashion.

This isn’t about Second Amendment rights: Every citizen who is not a convicted felon and has not been legally judged to pose a threat to himself or others has the legal right to own one.

It is about public image. And it is about whether or not one should wait until the police bodycam video comes out to draw assumptions about the police’s conduct. 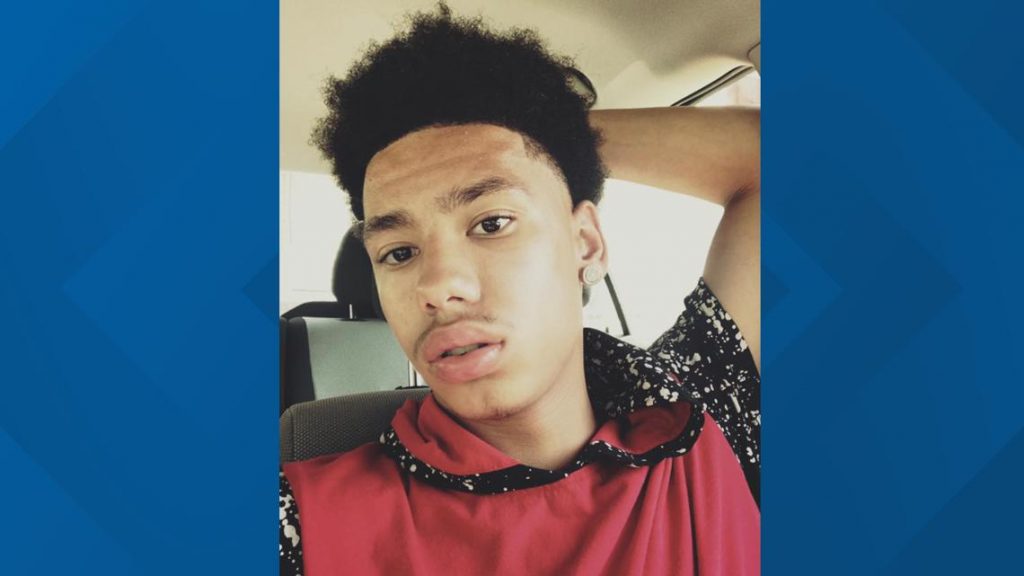 Andy Ngo also reported on the divergence in BLM-driven public image and the rest of the available photos of him.

The claim from #DuanteWright's mother & #BLM activists that he was killed by police over air fresheners is unsubstantiated. There was a warrant for his arrest. He resisted arrest & got back in the vehicle & tried to speed off. He nearly killed others during the failed escape. pic.twitter.com/nVyqPpJeyl

The following shows the record for Wright’s weapons charge.

Update: #DaunteWright was in the process of getting arrested by @BPPD for a weapons charge & escaping police before he was killed yesterday, sparking #BLM race rioting & looting. The criminal complaint says he had an illegal Ruger .45 pistol. He skipped his court date this month. pic.twitter.com/dI4zScGLo5

Wright, who had an outstanding warrant for his arrest, was pulled over by police. The issue is that he did not possess a permit for his handgun, as the law stipulates.

“Court records show Wright was being sought for fleeing from law enforcement officers and for possessing a gun without a permit during an encounter with Minneapolis police in June,” the San Francisco Chronicle reported. “In that case, a statement of probable cause said police got a call about a man waving a gun who was later identified as Wright.”

The suspect was shot after returning to his vehicle to flee, according to police. On Sunday night, residents of Brooklyn Center, Minnesota, which is located within the Minneapolis area, took to rioting and looting after 20-year-old Daunte Wright was shot and killed by police while he tried to escape an arrest.

“According to a statement from Brooklyn Center Police, officers stopped an individual shortly before 2 p.m. Sunday after determining the driver had an outstanding warrant,” the Washington Post reported. “Police said when they tried to arrest the driver, the driver reentered the vehicle and drove away. An officer fired at the vehicle, striking the driver. Police said the vehicle traveled several blocks before striking another vehicle.”

This lit the fuse that erupted into yet more rioting in a metropolitan area that has been devastated by the Black Lives Matter protests over George Floyd’s death.

“Protesters walked to the Brooklyn Center police headquarters near 67th Avenue North and North Humboldt Avenue and were locked in a standoff with police in riot gear late Sunday night,” the Minnesota Tribune reported. “Officers repeatedly ordered the crowd of about 500 to disperse as protesters chanted Wright’s name and climbed atop the police headquarters sign, by then covered in graffiti.”

“Police used tear gas, flash bangs and rubber bullets on the crowd,” the Tribune added. “Scattered reports of looting were reported throughout the city.”

Tense altercations between protesters and police could be seen on several witness videos.

Police have set off flash bangs and chemical munitions to clear the crowd out of Brooklyn Center police department parking lot. @MPRnews pic.twitter.com/Xsu5CiyuHg

The protesters advocated for “justice for Daunte Wright.”

People moved to surround the police station & have been met w tear gas, riot cops & and an armored vehicle:https://t.co/32WyVi4GEp

A CVS pharmacy being looted was reportedly caught on camera. It appears that other stores, such as Foot Locker, were being cased.

Minneapolis @cvspharmacy is now being targeted and looted by rioters https://t.co/uzrlQhN55S

This is one of many wal-marts destroyed by far left extremist groups such as BLM over the last year https://t.co/TuzhzEghNq

The police arrested several of the looters.

Tear gas and flash bang grenades were reportedly dispensed to break up the crowd. One protester yelled, “Feels like we at war.”

“Are we at war?!” A protester yells as flash bang grenades explode around us. “Feels like we at war.” pic.twitter.com/lT8xS4HWro

The police were wearing body cams, so these protesters could have waited for actual justice, which doesn’t entail committing crimes like looting stores and vandalism.

One police officer was injured in the attempted arrest of Wright and was transported to the hospital by helicopter.

Katie Wright, the mother of Daunte Wright, urged for protesters to remain peaceful. It seems that her plea fell on deaf ears.

“All he did was have air fresheners in the car and they told him to get out of the car,” Wright said. “He got out of the car, and his girlfriend said they shot him. He got back in the car, and he drove away and crashed and now he’s dead on the ground since 1:47. … Nobody will tell us anything,” she said. “Nobody will talk to us. … I said please take my son off the ground.”

“I just want people to know that if you get pulled over, make sure you put your hands up and don’t make any sudden moves, and don’t have air fresheners in your car because that’s why he got pulled over,” she went on.

“And he was only 20 years old and he didn’t deserve to be shot and killed like this,” Wright added. “And I don’t want all of this, all of this. I just want my baby home. That’s all I want is I want him to be home. I don’t want everybody out here chanting and screaming, yelling, I just want him home, that’s it.”

Minneapolis is already a powderkeg set to explode as millions await the trial of Derek Chauvin for the death of George Floyd. Unfortunately, the Chauvin case is heading towards a potential ‘not guilty’ verdict that may light the fuse for more BLM-fueled rioting.