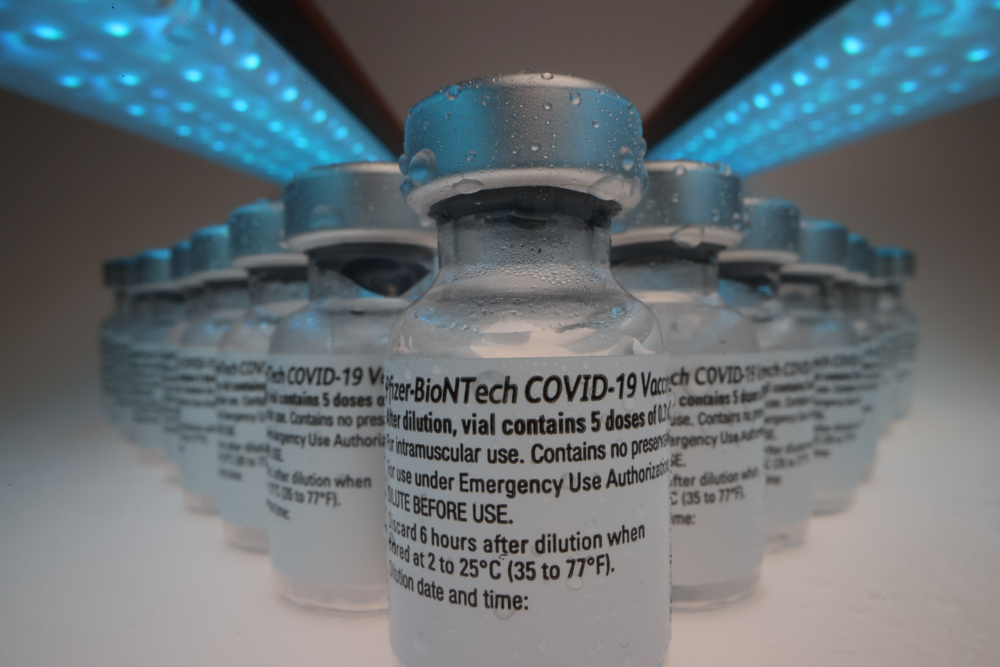 A whistleblower has come forward with damning revelations about how vaccine-maker Pfizer ‘falsified data’ and manipulated clinical trials. Brook Jackson, a former clinical trial auditor who was fired after raising her concerns, came forward with inside information and documented evidence about Pfizer’s operations in a stunning new BMJ investigation conducted by Paul Thacker. The disturbing report sends up red flags that the FDA and Pfizer are engaging in massive fraud against the American people to justify vaccine mandates.

The Pfizer-BioNTech vaccine was ‘fully authorized‘ with much fanfare by the U.S. Food and Drug Administration in August, despite liability shields and other qualifiers making such an endorsement highly misleading. The Biden administration would seize on the announcement to issue an executive order for federal vaccine mandates. The FDA would go on to authorize the vaccines for children between 5 and 11 years old, in late October despite the objections of numerous medical experts.

But the clinical trials documentation that Pfizer submitted to the FDA has now been exposed as riddled with clinical trial misconduct and data reporting errors, according to BMJ’s investigation.

“In autumn 2020 Pfizer’s chairman and chief executive, Albert Bourla, released an open letter to the billions of people around the world who were investing their hopes in a safe and effective covid-19 vaccine to end the pandemic,” the report said.

“As I’ve said before, we are operating at the speed of science,” Bourla wrote ahead of the FDA’s authorization of the Pfizer vaccines.

“But, for researchers who were testing Pfizer’s vaccine at several sites in Texas during that autumn, speed may have come at the cost of data integrity and patient safety,” BMJ reports. “A regional director who was employed at the research organisation Ventavia Research Group has told The BMJ that the company falsified data, unblinded patients, employed inadequately trained vaccinators, and was slow to follow up on adverse events reported in Pfizer’s pivotal phase III trial.”

“Staff who conducted quality control checks were overwhelmed by the volume of problems they were finding,” the report adds. “After repeatedly notifying Ventavia of these problems, the regional director, Brook Jackson, emailed a complaint to the US Food and Drug Administration (FDA). Ventavia fired her later the same day. Jackson has provided The BMJ with dozens of internal company documents, photos, audio recordings, and emails.”

Brook Jackson, the Ventavia research director who blew the whistle on Pfizer, had a sterling background at the clinical auditing firm when the decision was made to fire her.

“On its website Ventavia calls itself the largest privately owned clinical research company in Texas and lists many awards it has won for its contract work,” BMJ notes. “But Jackson has told The BMJ that, during the two weeks she was employed at Ventavia in September 2020, she repeatedly informed her superiors of poor laboratory management, patient safety concerns, and data integrity issues. Jackson was a trained clinical trial auditor who previously held a director of operations position and came to Ventavia with more than 15 years’ experience in clinical research coordination and management.”

“Exasperated that Ventavia was not dealing with the problems, Jackson documented several matters late one night, taking photos on her mobile phone,” the report noted. “One photo, provided to The BMJ, showed needles discarded in a plastic biohazard bag instead of a sharps container box. Another showed vaccine packaging materials with trial participants’ identification numbers written on them left out in the open, potentially unblinding participants. Ventavia executives later questioned Jackson for taking the photos.”

The BMJ investigation then notes that significant errors were being found during the clinical trials.

In a recording of a meeting in late September 2020 between Jackson and two directors a Ventavia executive can be heard explaining that the company wasn’t able to quantify the types and number of errors they were finding when examining the trial paperwork for quality control,” the report noted.

“In my mind, it’s something new every day,” a Ventavia executive says. “We know that it’s significant.”

“Ventavia was not keeping up with data entry queries, shows an email sent by ICON, the contract research organisation with which Pfizer partnered on the trial,” the report added.

“The expectation for this study is that all queries are addressed within 24hrs,” ICON reminded Ventavia in a September 2020 email.

“ICON then highlighted over 100 outstanding queries older than three days in yellow,” the report said. “Examples included two individuals for which ‘Subject has reported with Severe symptoms/reactions … Per protocol, subjects experiencing Grade 3 local reactions should be contacted. Please confirm if an UNPLANNED CONTACT was made and update the corresponding form as appropriate.”

The BMJ report also noted the deteriorating quality and quantity of FDA clinical trial audits, suggesting that the agency has been turning a blind eye to pharmaceutical companies and vaccine-makers.

“A former Ventavia employee told The BMJ that the company was nervous and expecting a federal audit of its Pfizer vaccine trial,” the report noted.

“People working in clinical research are terrified of FDA audits,” Jill Fisher told The BMJ. “I don’t know why they’re so afraid of them,” she said. Fisher added about a complaint about serious side effects, “You would think if there’s a specific and credible complaint that they would have to investigate that.”

“In 2007 the Department of Health and Human Services’ Office of the Inspector General released a report on FDA’s oversight of clinical trials conducted between 2000 and 2005,” BMJ added as background. :The report found that the FDA inspected only 1% of clinical trial sites.6 Inspections carried out by the FDA’s vaccines and biologics branch have been decreasing in recent years, with just 50 conducted in the 2020 fiscal year.”

Brook Jackson, who was fired for purportedly not being a ‘good fit,’ listed a dozen issues with Pfizer’s Phase III clinical trials, including:

“In Pfizer’s briefing document submitted to an FDA advisory committee meeting held on 10 December 2020 to discuss Pfizer’s application for emergency use authorisation of its covid-19 vaccine, the company made no mention of problems at the Ventavia site,” the report noted. “The next day the FDA issued the authorisation of the vaccine.”