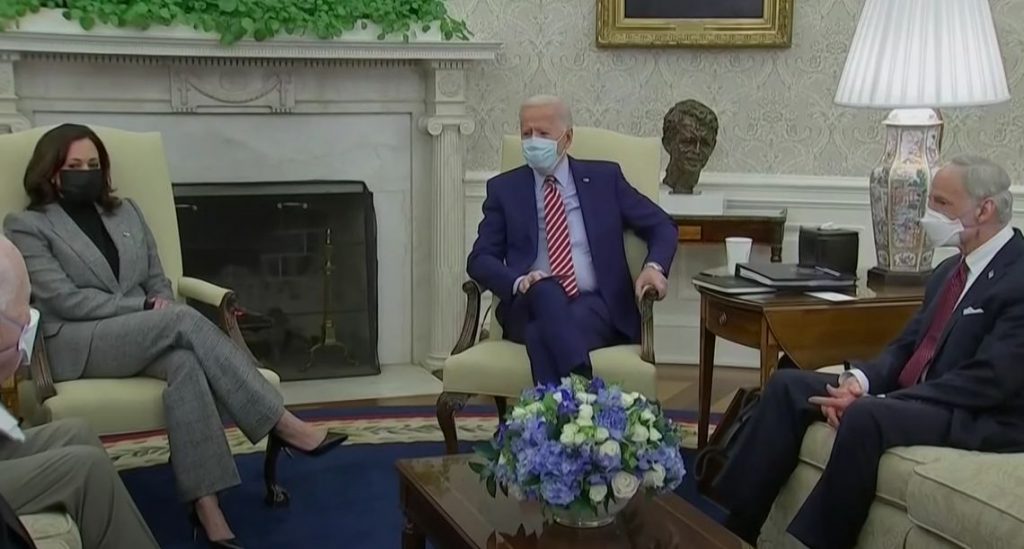 President Joe Biden re-affirmed his tougher stance towards China after a two-hour phone call with that country’s Communist Leader Xi Jinping. But the Biden administration’s actions and world events belie that his presidency thus far is not as committed to taking a tougher stance on the U.S. adversary as the previous Trump administration.

“It was a good conversation,” he said. “I know him well. We spent a lot of time together over the, over the years I was vice president.”

“But if we don’t get moving, they’re going to eat our lunch,” he added.

The remark hearkens back to a time on the 2020 campaign trail when Biden flippantly denied that the Communist Chinese could overtake the U.S. economically and in terms of global might.

“China is going to eat our lunch? Come on, man,” the presidential candidate said.

“I mean, you know, they’re not bad folks, folks. But guess what? They’re not competition for us,” he added.

President Trump also used Biden’s remarks against him during the 2020 debates, saying about the former vice president’s trade policies, “China ate your lunch.”

Biden recently signaled that his administration would “take on directly the challenges posed [to] our prosperity, security and democratic values by our most serious competitor: China.”

It is, however, reported that Biden voiced concerns about several matters, ranging from “coercive and unfair” trade policies, human rights issues, and aggression towards Taiwan:

The White House said Biden emphasized to Xi it was a U.S. priority to preserve a free and open Indo-Pacific, a region where the United States and China are major strategic rivals.

He also voiced “fundamental” concerns about Beijing’s “coercive and unfair” trade practices, as well as about human rights issues, including China’s crackdown in Hong Kong and treatment of Muslims in Xinjiang, and its increasingly assertive actions in Asia, including toward Taiwan.

Meanwhile,  “Xi maintained a hardline tone on Hong Kong, Xinjiang and Taiwan, calling them matters of ‘sovereignty and territorial integrity’ he hoped Washington would approach cautiously,” as Reuters described the Chinese leader’s stance.

“Trump blamed China for starting the COVID-19 pandemic and launched a series of actions against China, including a trade war and sanctions against Chinese officials and firms considered security threats,” Reuters noted.

In a Sunday interview with CBS, Biden said there would be “extreme competition” with China, but he would not emulate the aggressiveness of the Trump administration.

“I’m not going to do it the way Trump did. We are going to focus on the international rules of the road,” Biden said.

“We need not have a conflict but there is going to be extreme competition,” he added.

“I know him pretty well,” Biden said. “He’s very bright and he’s very tough and – I don’t mean it as a criticism it’s just a reality – he doesn’t have a democratic… bone in his body.”

Biden clarified that he “didn’t mean it as a criticism” when he referred to Xi as undemocratic.

Biden says “I don’t mean it as a criticism” when calling China’s Xi undemocratichttps://t.co/oaRKL1m8OG pic.twitter.com/owHdEK30y3

“They have major, major new initiatives on rail,” Biden continued. “They’re working very hard to try to move in a position where they end being the source of a new way in which to power automobiles,” he also said.

“They’re investing billions of dollars in dealing with a whole range of issues that relate to transportation, the environment, and a whole range of other things,” Biden claimed. “We just have to step up,” he concluded.

After early lockdowns from the Chinese government responding to the global pandemic that it fueled with its lack of transparency, air pollution levels rose to pre-pandemic levels, Reuters reported in May 2020. In November, the head of the International Energy Agency Fatih Birol assessed that China’s CO2 emissions in 2020 would be higher than in 2019.

Birol also predicted the Biden administration would make a “big push” for clean energy. As reported by Reuters, this ranged from “carbon capture and storage to small nuclear reactors and battery storage.”

Notably, the United States saw its greenhouse emissions continue to drop under the Trump administration. Inside Climate News noted the trends from 2005-2019. 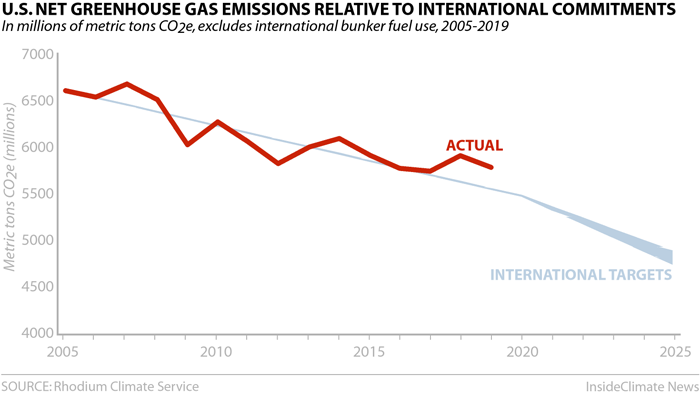 The power usage trends for the United States over that time period. 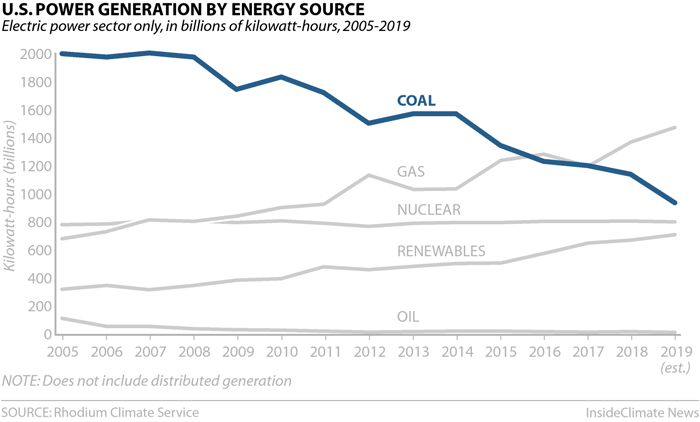 As well as net emissions by sector. 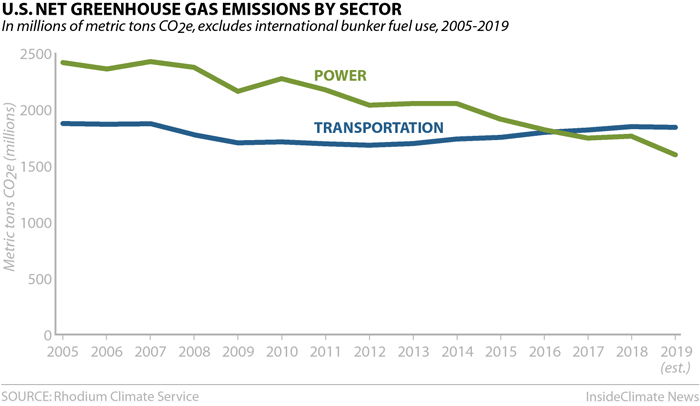 “U.S. net emissions declined 12 percent from 2005 to 2017 due to a range of market- and policy-related factors,” the Center for Climate and Energy Solutions reported.

The United States’ carbon emissions dropped by 10% in 2020, due largely to the pandemic, CNN reported in January 2021.

One of the first actions of the Biden administration was to rejoin the Paris Peace Agreement and to cancel the permit for the Keystone XL pipeline. These are actions that would appear to benefit the non-complying Chinese regime, which experienced economic growth amid the global pandemic. It was the only major country to record economic growth in 2020. Its GDP reportedly rose 6.5% in the fourth quarter.

Diplomatically, the CCP has also made it clear that it considers several former members of the Trump administration to be ‘enemies of the state.’ China recently sanctioned “lying and cheating” former Secretary of State Mike Pompeo and 27 other top Trump officials.

“The 28 ex-officials and immediate family members would be banned from entering mainland China, Hong Kong or Macao, and companies and institutions associated with them restricted from doing business with China,” Newsmax reported in mid-January.

The Biden administration has been muted in its criticism of the belligerent diplomatic act.

Additionally, the Chinese government signaled that it considers a free international press to be a threat to the regime. On Thursday, the same day as Biden described his call with Xi Jinping, it took the extreme action of banning the British media company the BBC from reporting within its country.

China is thus not only trying to “eat” America’s lunch, it is stealing the world’s lunch money as well. The Biden administration needs to stand up to the communist bullies on the block, because if America won’t do it, then nobody else will.