Kathy McCollum, mother of 20-year old slain Marine Rylee McCollum, called in anguished to a radio station and unloaded on President Biden for his disastrous decisions on Afghanistan.

The mother, clearly distraught, did not hold back on her criticism of the Commander-in-Chief. You can listen to her heartrending message below.

“My son was one of the Marines that died yesterday,” McCollum said. “I had to listen to that [expletive]… sorry, I’m on the radio.”

“My son was one of the Marines that died yesterday,” she started over. “Twenty years and six months old. Getting ready to come home from freaking Jordan to be with his wife. To watch the birth of his son.”

“And that feckless, dementia-ridden piece of crap just sent my son to die,” she said. “I woke up at 4 o’clock this morning to Marines at my door telling me my son was dead.”

McCollum then lamented having to listen to “diplomatic crap with Taliban terrorists” who “just blew up my son” and the Biden administration not saying anything, such as “oh my God, I’m so sorry for failing.”

“So, my son is gone,” she continued. “And I just want all you Democrats who cheated in the election or who voted for him legitimately: You just killed my son.”

Rylee McCollum’s parents, Kathy and Jim of Jackson, Wyoming, received the tragic news on Friday morning that their only son had been killed in the Kabul attacks. McCollum had been born in 2001, about the same time as the United States’ Afghan military operations began. 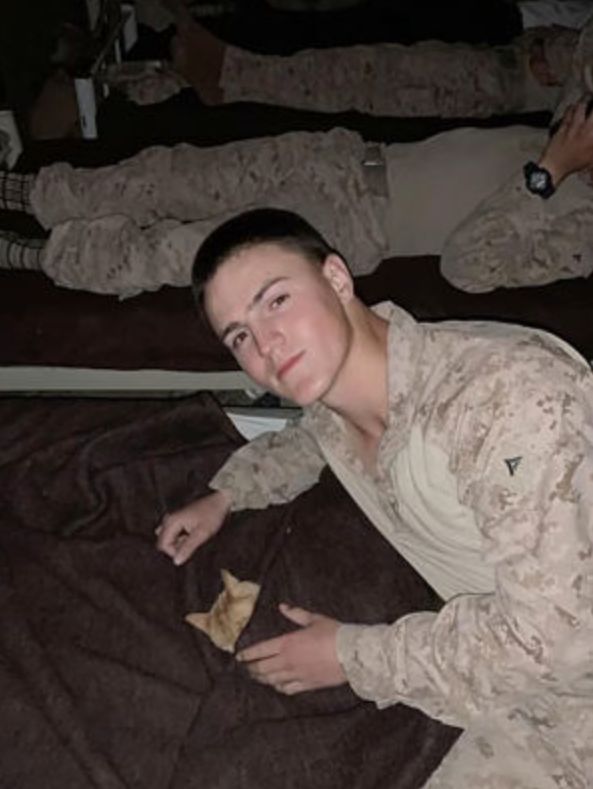 Photo of Rylee McCollum taken on his 18th birthday.

Rylee McCollum was set to come home to see his wife Jiennah Crayton give birth to his son. Now, that child will grow up wiithout a father. 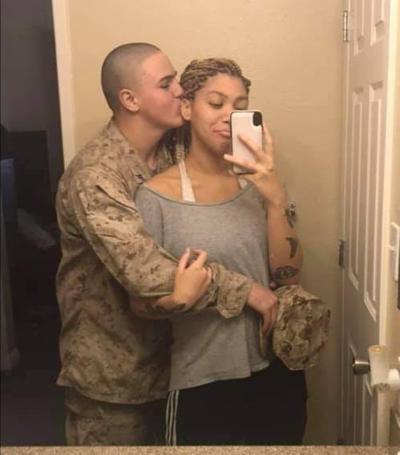 Regi Stone, whose son Eli was friends with Rylee McCollum and enlisted in the Marines around the same time, said McCollum was “smart, strong, courageous and a protector,” according to the Casper Star Tribune.

“They would blow in to have dinner, and we’d hang out and laugh. We might shoot guns on our property, you know, skeet or something,” Stone said. “They loved going to hang out with other friends, building a fire… he was just a lot of fun to be around. He was just a good, fun kid to have in the house.”

The sister of the slain young Marine Rylee McCollum gushed about her deceased brother.

“He wanted to be a Marine his whole life and carried around his rifle in his diapers and cowboy boots,” McCollum’s sister said. “He was determined to be in infantry … Rylee wanted to be a history teacher and a wrestling coach when he finished serving his country. He’s a tough, kind, loving kid who made an impact on everyone he met. His jokes and wit brought so much joy.” 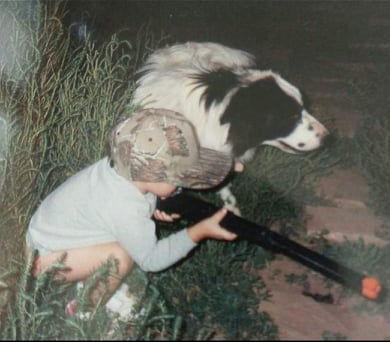 Photo of Rylee McCollum as a child with his ‘hunting dog.’

“Rylee will always be a hero, not just for the ultimate sacrifice he made for our country, but for the way he impacted every life around him for the better. Making us stronger, kinder, teaching us to love deeper,” Roice McCollum said.

The U.S. military recently issued a statement warning that no “disrespect” of President Biden will be tolerated. Presumably, this policy does not apply to grief-stricken Gold Star Mothers.